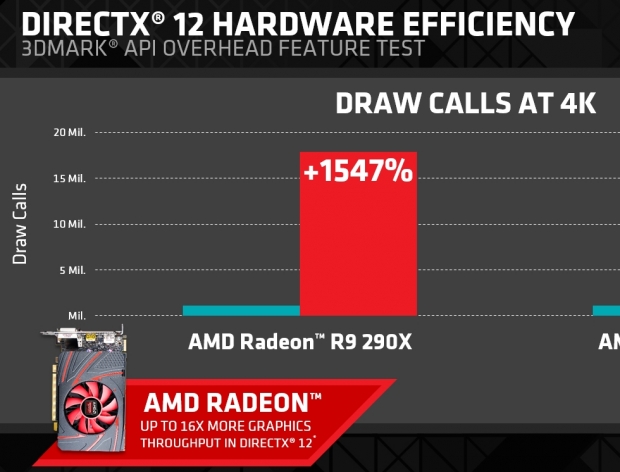 Now that Futuremark has released a new update for 3DMark which brings 3DMark API Overhead benchmark, AMD was quite keen to show some performance figures on its Radeon R9 290X graphics card, as well as performance scaling on the octa-core FX-8370 CPU.

The new API Overhead benchmark update for 3DMark actually compares draw calls on different APIs, comparing DirectX 11, DirectX 12 and Mantle APIs on a single system. AMD followed Futuremark's notes saying that the API Overhead benchmark should not be used to compare GPUs from different vendors and has only showed the draw call throughput between DirectX 11 and DirectX 12 on Radeon R9 290X and the R7 260X graphics cards. 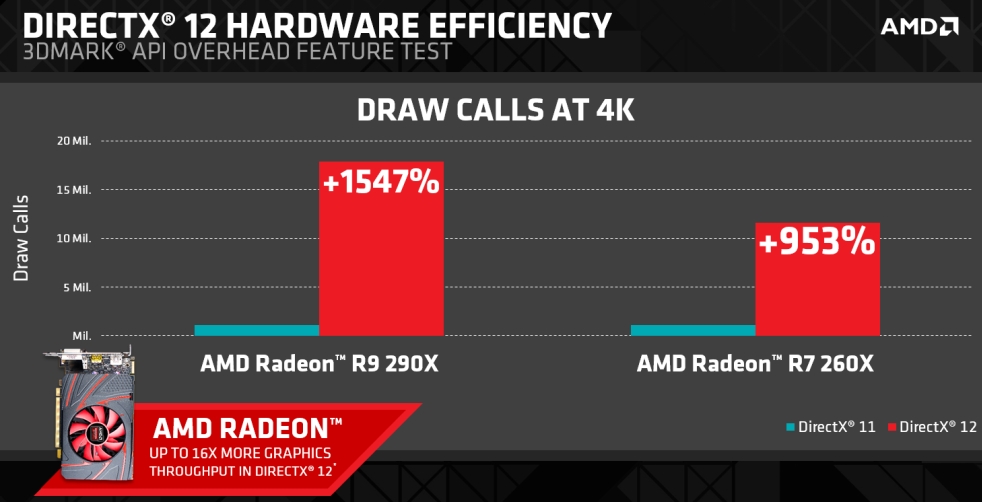 The upcoming DirectX 12 API will also have a certain impact on performance scaling on multi-threaded CPUs. With the octa-core FX-8370 CPU AMD managed to get DirectX 12 to scale with up to six cores, while DirectX 11 is limited to two cores. 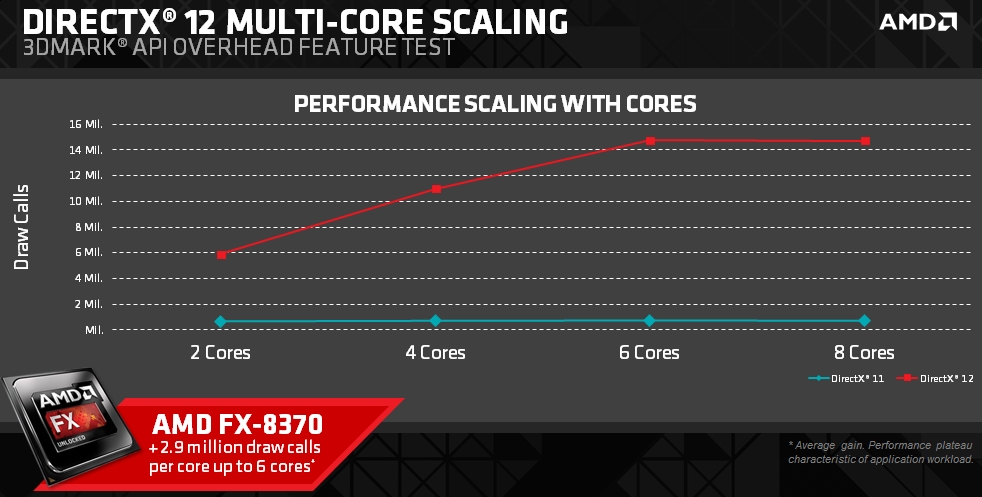 While it is nice to see that AMD's hardware works well with DirectX 12 and that we can see some rather impressive performance gains, bear in mind that these are still just synthetic benchmarks and real-world performance is usually something completely different. Of course, the numbers do look quite promising and there are plenty of things to look forward with the release of DirectX 12 and DirectX 12 games, which should be ready by the end of this year.