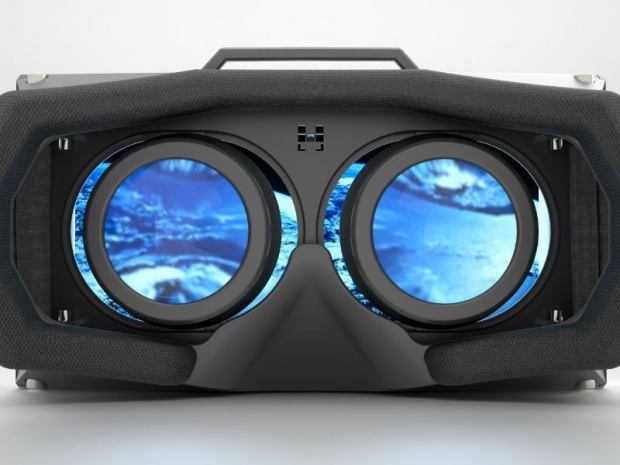 It has been a while since we saw the first factual proof of the existence of Fiji, the next generation flagship AMD GPU, that will be the first graphics card to come with High Bandwidth Memory (HBM) memory.

Shortly after the Consumer Electronics Show in Las Vegas, in early January, we heard that Oculus has the latest AMD hardware and a few weeks ago Tom's Hardware confirmed it. The publication saw a demonstration of "Showdown running on the Oculus Rift Crescent Bay, being powered by an unannounced Radeon R9 flagship ultra-enthusiast product."

The HTC / Valve Rift demo at the Mobile World Congress 2015 was carried out with Geforce GTX 980 cards. Our sources informed us that HTC and Valve have a Fiji-powered demo too, but they didn’t want to show it. As you can imagine, there is a Titan X version of this setup too.

However, AMD raised our suspicions about the Fiji design when they announced LiquidVR SDK, where they clearly stated that you need two GPUs. The slide below clearly implies that you need Affinity multi-GPU rendering in order to reduce latency and increase content quality. 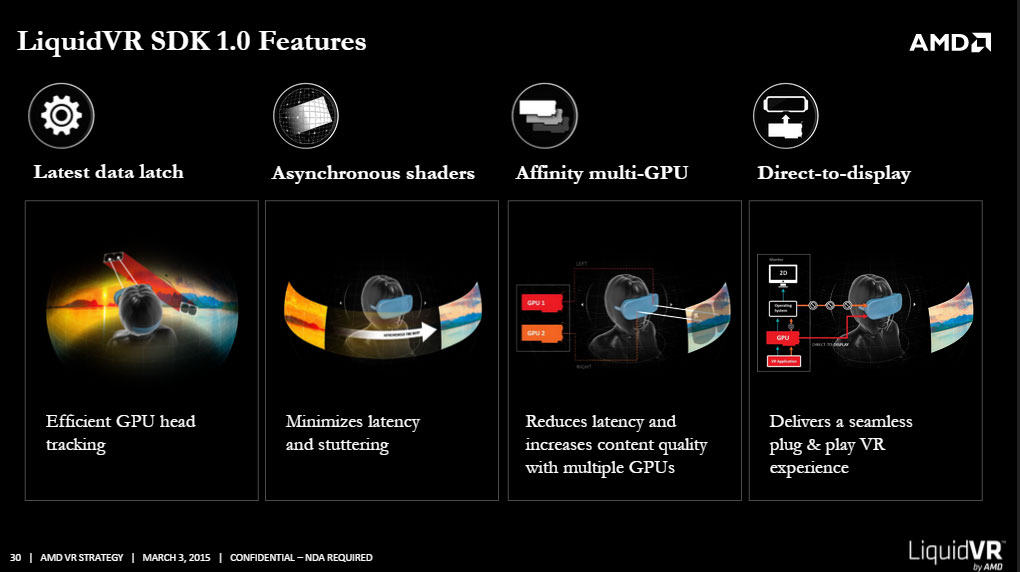 "Affinity Multi-GPU for scalable rendering, a technology that allows multiple GPUs to work together to improve frame rates in VR applications by allowing them to assign work to run on specific GPUs. Each GPU renders the viewpoint from one eye, and then composites the outputs into a single stereo 3D image. With this technology, multi-GPU configurations become ideal for high performance VR rendering, delivering high frame rates for a smoother experience. "

This is how AMD ended up with 8GB of HBM1 memory

So, when Fudzilla wrote that Fiji is going to ship with 8GB of RAM, we didn’t actually think that we were talking about two separate GPUs, on separate interposers, with each GPU using 4GB of HBM1 memory. This is how AMD got to 8GB, or should we say two times 4GB for this card. It makes much more sense now, and of course we would not be surprised to see Fiji for notebooks and lower-end desktop products in a single GPU configuration.

AMD is betting big on Virtual Reality (VR), and we have been aware of this since late 2014. The company knows that Nvidia is putting a lot of effort into VR research and development, so AMD wants to try to beat Nvidia in this new emerging market.

Competition heating up in VR segment

Since there are at least two big players coming this year with their retail products, Facebook owned Oculus and Valve / HTC, both Nvidia and AMD want to end up selling more of their GPUs for these kits.

We tried Crescent Bay last week and we have to admit that the latest VR glasses by Oculus are better than the Developer Kit 2, popularly known as DK2. We tried Oculus DK2 back in September 2014 and again in January 2015 at CES, but it made us feel dizzy, and overall graphics quality was quite poor despite running on high-end Nvidia hardware. It was all about the quality of glasses, leness and technology that Oculus used.

Crescent Bay makes you less dizzy, the picture quality is better, but we are not sure if we would be comfortable to wear that for more than few minutes, because we simply didn't have enough time to try it. We still didn’t have a chance to try the Valve / HTC virtual reality kit, but many of our distinguished colleagues have and they all claim that it is better than Oculus Crescent Bay.

Oh, one more thing – AMD is already working hard on a next generation High Bandwidth Memory HBM card that is smaller than 20nm. We still don't know which node it will use, or which type of memory (HBM1 or HBM2).