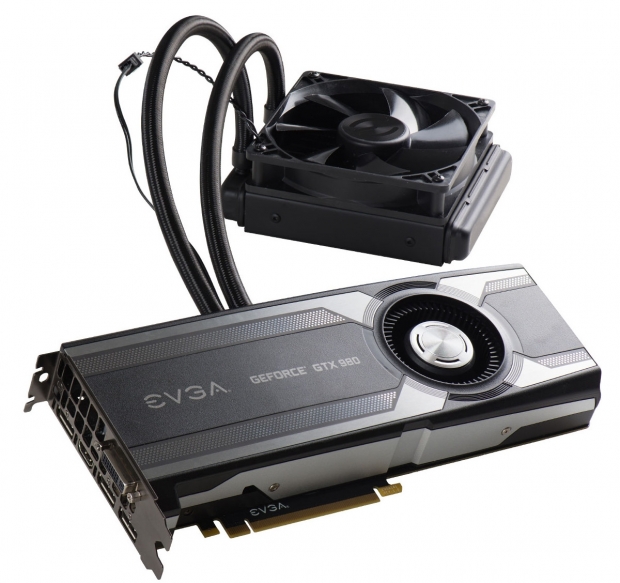 EVGA has unveiled its latest Geforce GTX 900 series graphics card, the EVGA GTX 980 Hybrid, which comes with an all-in-one liquid and air cooler.

With such cooling system that promises up to 25°C lower temperatures compared to the reference cooled GTX 980, it's no surprise that EVGA decided to include a hefty factory-overclock on the new GTX 980 Hybrid. The GPU works at 1291MHz base and 1393MHz GPU Boost clocks which are the same clocks seen on the EVGA GTX 980 Classified graphics card. The 4GB of GDDR5 memory paired up with a 256-bit memory interface ended up at reference 7010MHz. Of course, there will most likely be plenty of additional overclocking headroom left.

In case you missed it earlier, the GTX 980 is based on Nvidia's GM204 Maxwell GPU with 2048 CUDA cores and packs 4GB of GDDR5 memory paired up with a 256-bit memory interface. 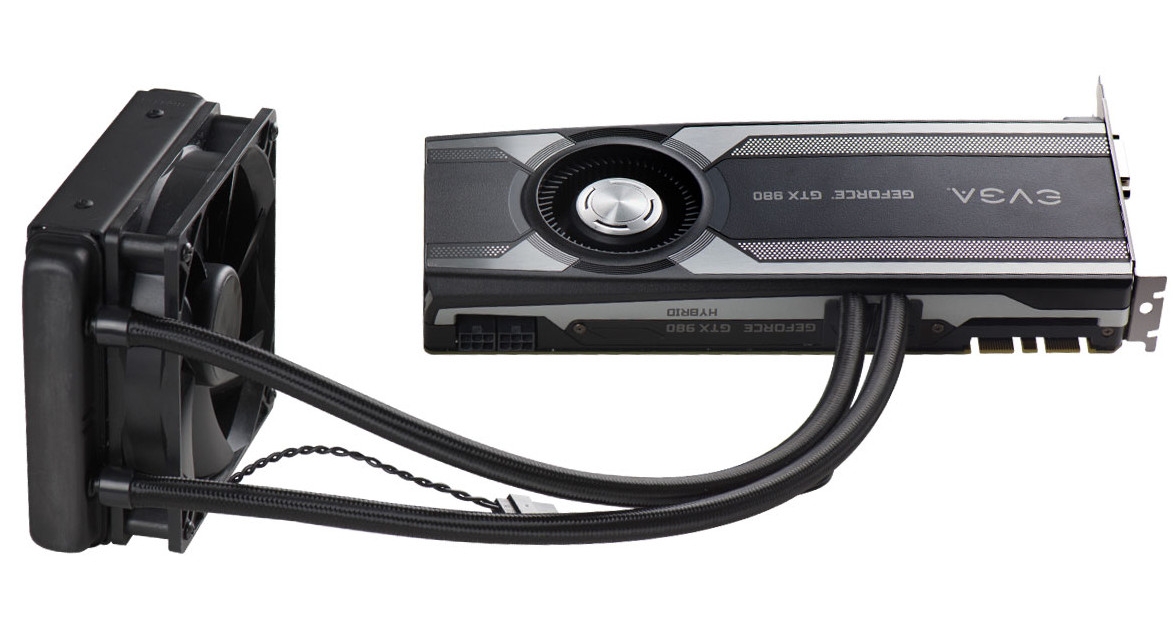 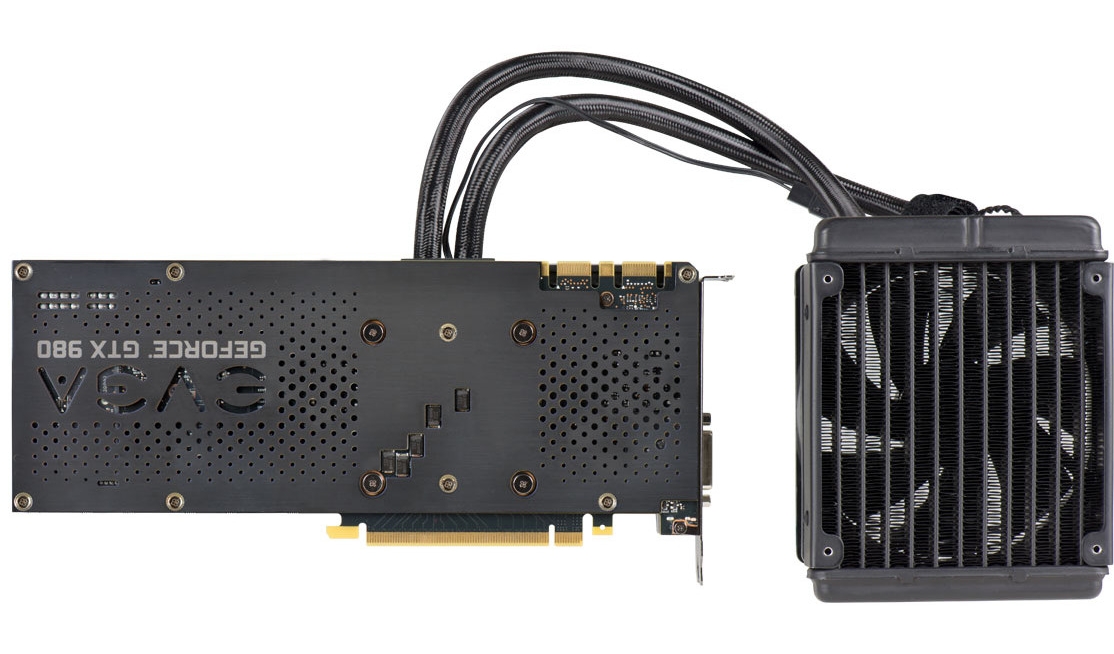 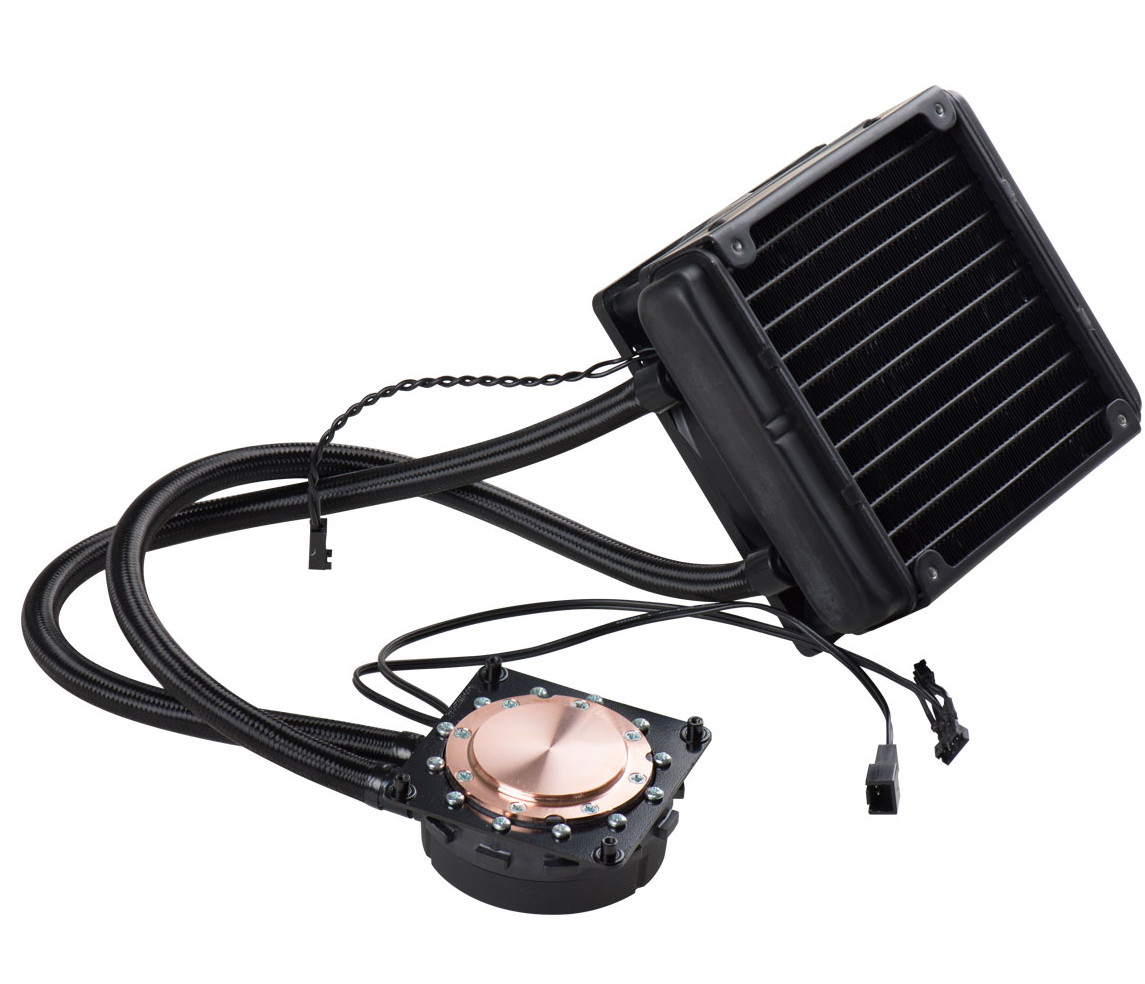 Last modified on 26 March 2015
Rate this item
(7 votes)
Tagged under
More in this category: « Sony set to upgrade PS4 GPU AMD Fiji has two GPUs »
back to top