Since Nvidia's GM107 Maxwell-based GTX 750 and GTX 750 Ti are good performers and feature impressively low power consumption, it does not surprise that Asus has decided to pair up the GM107 GTX 750 GPU with a passive heatsink in order to create a completely silent graphics card, the GTX750-DCSL-2GD5. 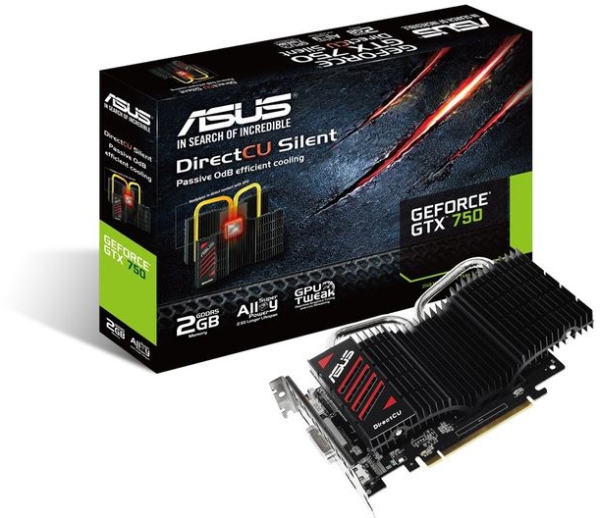 Spotted by Expreview.com, the new Asus GTX750-DCSL-2GD5 is based on a cut-down version of the Nvidia Maxwell GM107 GPU with 512 CUDA cores, the new passive GTX 750 from Asus works at reference 1020MHz for the base GPU clock, 1085MHz for the GPU Boost clock and pack 2GB of GDDR5 memory clocked at 5010MHz.

In order to keep the GM107 GPU and the rest of the card well cooled Asus has decided to use its own DirectCU Silent cooler that features a hefty dual-slot heatsink with two heatpipes. Since it does not need any additional power other than it gets from the PCI-Express slot, this one could be perfect for an HTPC system. The only drawback could be those two heatpipes which could be a problem for some HTPC cases. 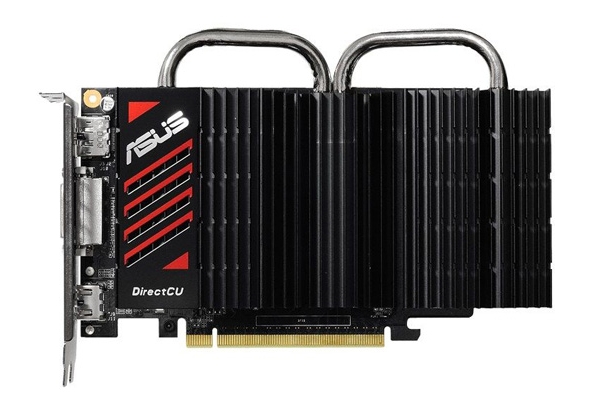 The rear I/O plate features DisplayPort, HDMI and DVI outputs and it is already listed around Europe with a price set at around €135, depending on the retailer/e-tailer and region. 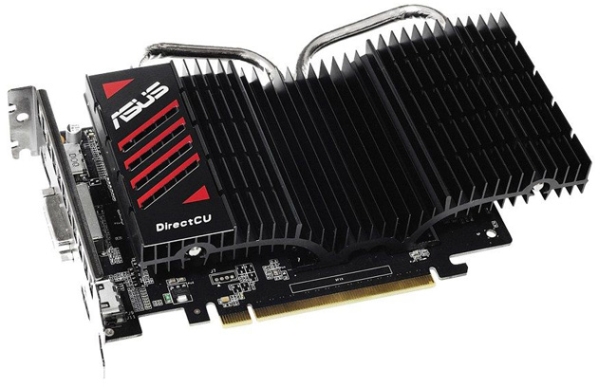