Following Nvidia's official launch of the GT 720 graphics card, EVGA has announced its two versions of the new entry-level card with either 1 or 2GB of DDR3 memory.

Both EVGA Geforce GT 720 graphics cards share the same design, which is practically Nvidia's reference design with a low profile PCB and dual-slot thick passive heatsink. They both share pretty much the same specifications with 192 CUDA cores and 797MHz clock for the 28nm GK208 GPU as well as the same 64-bit memory interface paired with either 1 or 2GB of DDR3 memory clocked at 1800MHz. 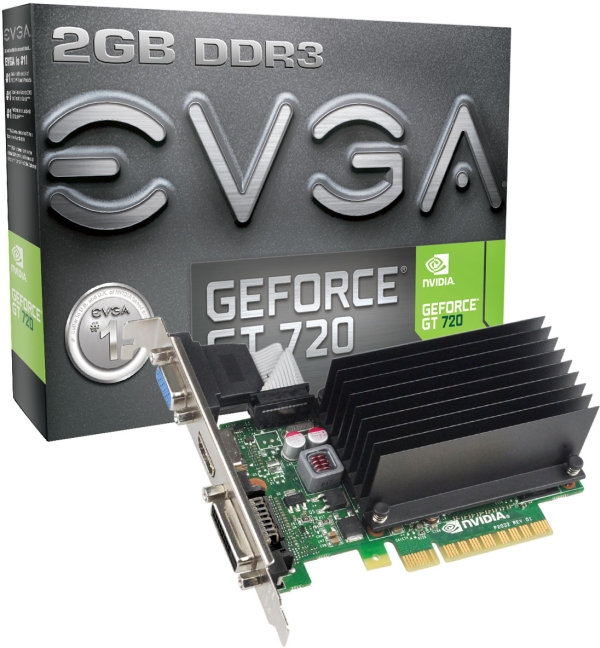 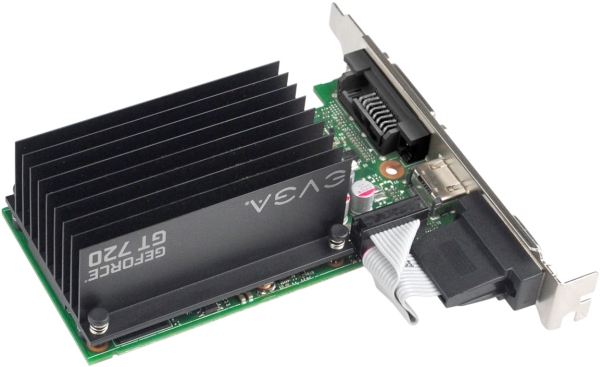