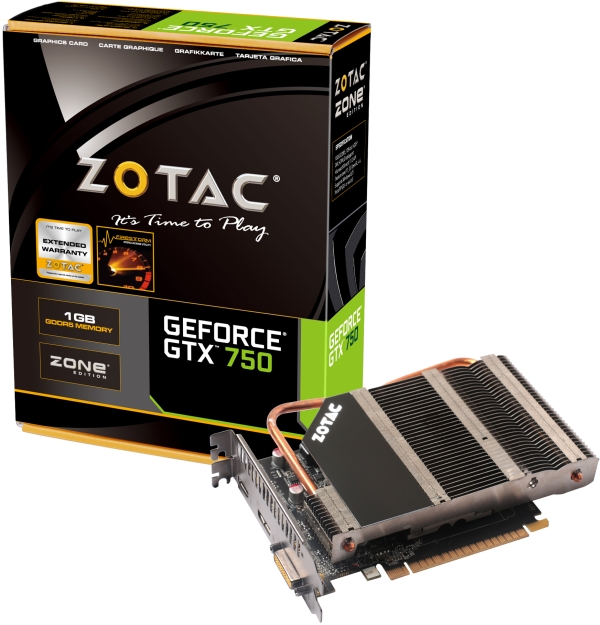 Nvidia's 28nm GM107 Maxwell GPU, which is behind both the Geforce GTX 750 and the GTX 750 Ti, is well known for its power efficiency and it was just a matter of time before someone decided to make a passively cooled version. Packing 512 CUDA cores, 32 TMUs and 16 ROPs, the GTX 750 is not a high-end graphics card but will be enough for most games at reasonable graphics settings and resolution.

Despite the passive design, Zotac even managed to slightly raise the GPU clocks to 1033MHz base and 1111MHz GPU Boost clocks on its GTX 750 Zone Edition. The card also comes with 1GB of GDDR5 memory paired up with a 128-bit memory interface and clocked at 5000MHz. 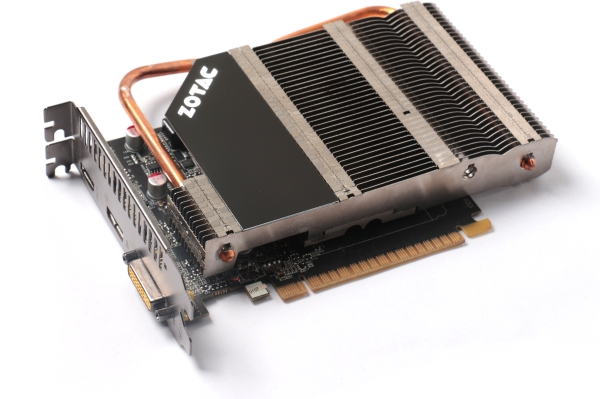 In order to keep up with the GTX 750 55W TDP, Zotac had to use a rather large dual-slot heatsink with two massive copper heatpipes. 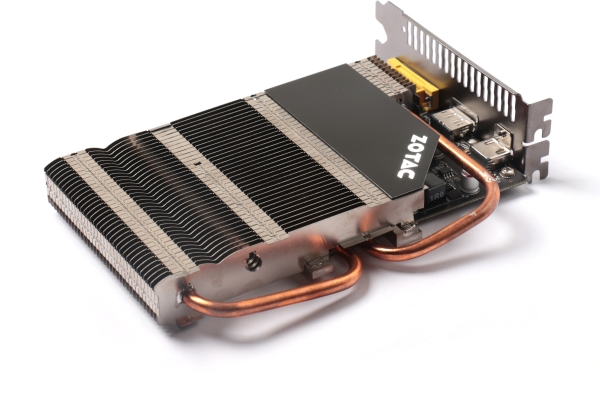 Unfortunately, at least in some cases, this made the GTX 750 Zone Edition slightly taller than standard graphics cards which could be a problem for some HTPC cases. Of course, the price of the passive graphics cards is that you usually have to have a decent airflow inside the case in order to keep the graphics card well cooled. 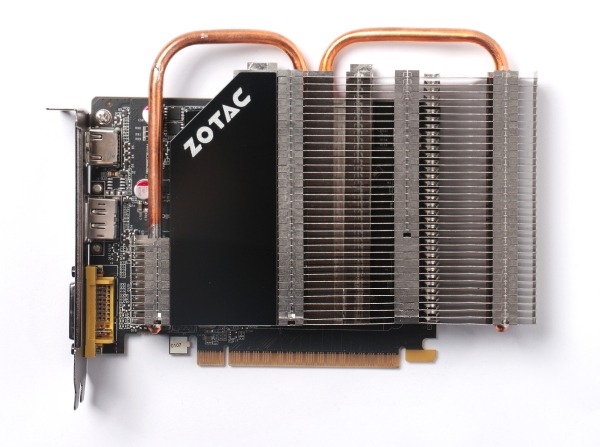 Zotac did not reveal any details regarding the price or the actual availability date for the Zotac GTX 750 Zone Edition but a quick check shows it listed in EU for around €110 while you can expect it to hit Newegg.com and similar retailers for around US $120 or so.