Asus has uveiled yet another graphics card which will be a part of its Strix gaming-gear series, the Strix GTX 750 Ti OC.

Based on Nvidia's 28nm GM107 Maxwell GPU and packed with exclusive Asus technologies, like Super Alloy Power components, DirectCU II cooler and a decent factory-overclock, the new ASUS Strix GTX 750 Ti OC will definitely be one of the more interesting GTX 750 Ti graphics cards on the market.

The ASUS Strix GTX 750 Ti OC packs 640 CUDA cores and works at 1124MHz for the base GPU clock and 1202MHz for the GPU Boost clock. It also comes with 2GB of GDDR5 memory clocked at 5.4GHz which is paried up with a 128-bit memory interface. 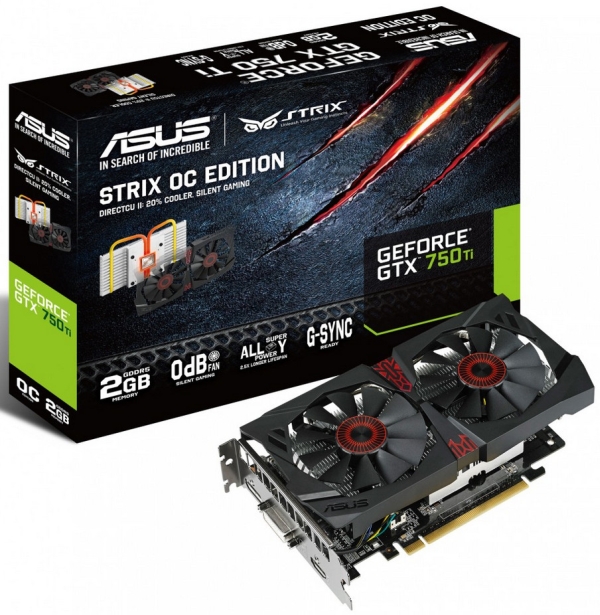