Nvidia just introduced the Geforce GTX Titan Z, and the name doesn’t come from World War Z, we promise. This new Nvidia card has 5760 Cuda cores, 12GB memory 8 Teraflops of performance and it will cost a jaw-dropping $2,999. The price is ridiculous, at least for gaming. Maybe some scientists with a generous research budget might buy some, but with that in mind, we don’t understand the Geforce branding.

This one can impress scientific community, as $2,999 in that world is not too much money. It's not too outlandish for professionals and designers, but they tend to buy Quadro products, not Geforce gear. Most consumers think that $999 for a Titan was outlandish, but Nvidia just proved that the original Titan was actually cheap, sort of.

The Titan Z was demonstrated in a demanding aquatic demo with loads of particles and big splash at the end, with more particles rendered in real time than we've ever seen before. It is an impressive demo, but our enthusiasm was curbed by the $2,999 price tag.

This new card can handle a real-time unified physic solver application that can simulate interaction between rigid bodies, liquids, textile. Flex is the codename and different materials are giving different options that can be seen in the live demo. We saw a very realistic representation of a turbulent liquid hitting a hard surface, voxels of fire hitting a sphere and other cool stuff.

The Unreal Engine 4 live demo with real simulation and destruction that is very violent and really beautiful at the same time also looked quite cool.

This is why Nvidia thinks the world needs a Geforce GTX Titan Z, but the sweet taste of eye candy doesn't mean much when the vast majority of people can't afford it. That said, the demos were truly impressive and they are a sign of things to come, not with current architectures, but with next generation designs like Pascal. 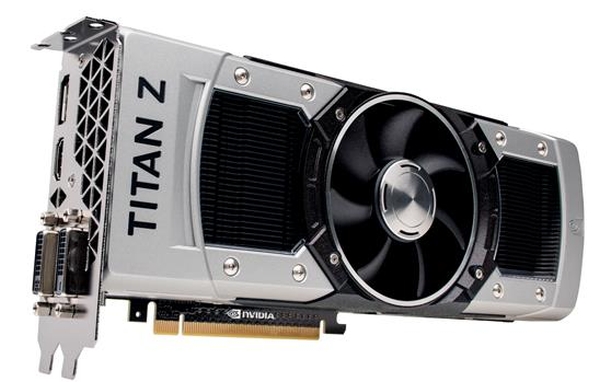 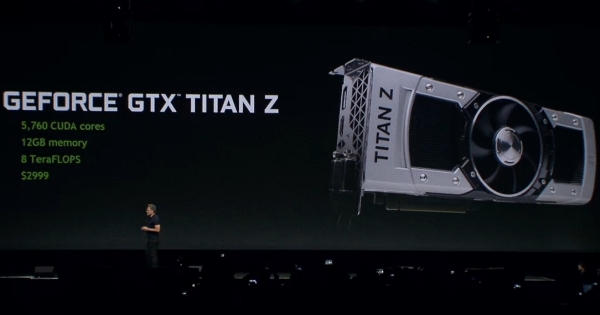 Last modified on 25 March 2014
Rate this item
(0 votes)
Tagged under
More in this category: « AMD talks DirectX 12 Nvidia announces Pascal, its 2016 chip »
back to top