Although Asus' ROG Poseidon GTX 780 was already teased earlier this month and even been reviewed by some sites around the net, Asus has just now officially announced its newest member of the Republic of Gamers lineup. Based on custom design and paired up with the new DirectCU H20 hybrid cooler, the new Asus ROG Poseidon is definitely one of the premium GTX 780 graphics cards on the market.

In case you missed it earlier, the Asus ROG Poseidon GTX 780 is based on Nvidia's GK110 GPU with 2304 CUDA cores and uses the new DirectCU H2O hybrid cooler, which is a standard dual-fan air cooler with heatpipes but also has an optional water inputs for water cooling. According to Asus, it should be up to 24°C cooler when compared to reference design when included in the water cooling loop and up to 7°C cooler when running on air.

Asus' new ROG Poseidon GTX 780 also features the DIGI+ VRM with black metallic capacitors as well as dust-proof fans, die-cast thermal armor and comes bundled with Asus' GPU Tweak. With stunning looks and LED backlit ROG logo. Although it was teased earlier, we now have the full specification and the GPU got overclocked to 1006MHz while 3GB of GDDR5 memory paired up with a 384-bit memory interface work at reference 6008MHz. According to Asus there is also plenty of additional overclocking headroom as well.

Unfortunately, Asus still did not shed any details regarding the price but it did note that the ROG Poseidon GTX 780 will start shipping worldwide during this month. 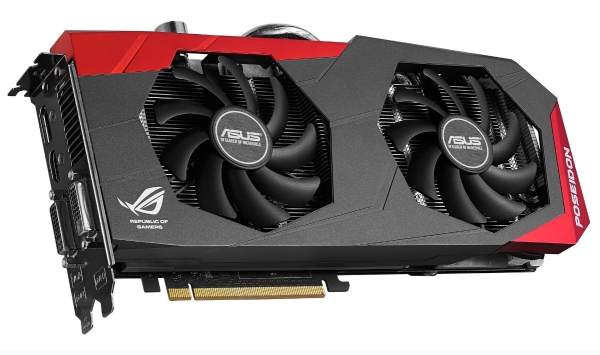 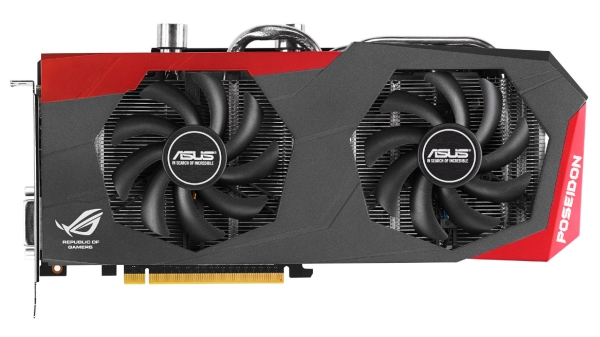 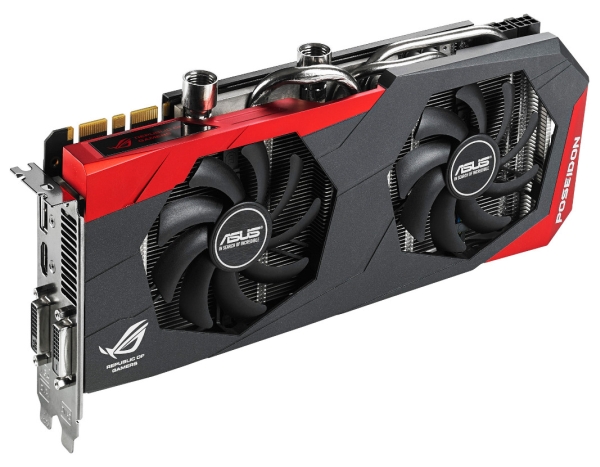