The R9 290X Tri-X boasts a GPU clock of up to 1040MHz, while the memory has been bumped up to 1300MHz. The reference clocks are 1000MHz/1250MHz, so the factory overclock is not that big, but hopefully the triple-fan cooler will allow for more overlocking headroom.

The wallet friendly R9 290 ended up with a similar overclock. The GPU clock is now 1000MHz, up from 947MHz, while the memory is clocked at 1300MHz, up from 1250MHz on reference cards. Depending on the retail price, it could be a very interesting alternative to the 290X, which is usually the case with AMD’s Pro versions of flagship products.

Sapphire says its Tri-X coolers employ fans with dust repelling bearings and aerofoil section blades to deliver highly efficient airflow at low noise levels. The fan cowling is designed to ensure the airflow is routed across the hottest areas of the card.

The actual retail price of the cards has not been announced yet. However, Sapphire says the cards are in production and they will be available soon. Specially packaged models with a Battlefield 4 promotion code will also be available. 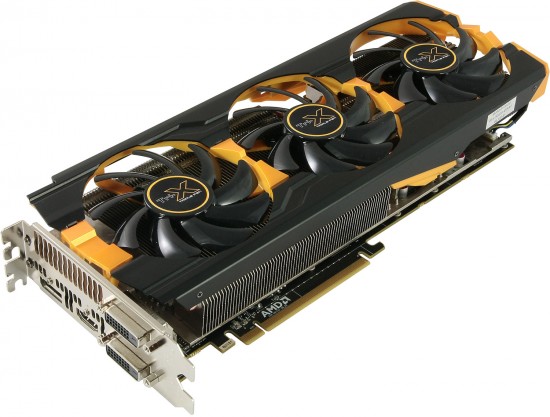