MSI launches its own GTX 780 Ti

Since Nvidia has officially launched its new flagship graphics card, MSI followed most, if not all, partners in announcing its own GTX 780 Ti 3GD5 graphics card based on the same reference design.

In case you somehow managed to miss it earlier, the GTX 780 Ti is based on the 28nm GK110 GPU with 7.1 billion transistors, packs 2880 CUDA cores and works at 867MHz base and 928MHz Boost GPU clock. It features 3072MB of GDDR5 memory paired up with a 384-bit memory interface and clocked at 7000MHz. Nvidia decided to go for the same blower-style cooler and pretty much the same PCB we have already seen on the GTX 780 and the GTX Titan graphics cards.

As it was the case with both the GTX 780 and the GTX Titan, Nvidia did not give a green light on custom graphics cards, at least not yet. According to our sources, such could come in late December, but for now all cards will be based on the same reference design. 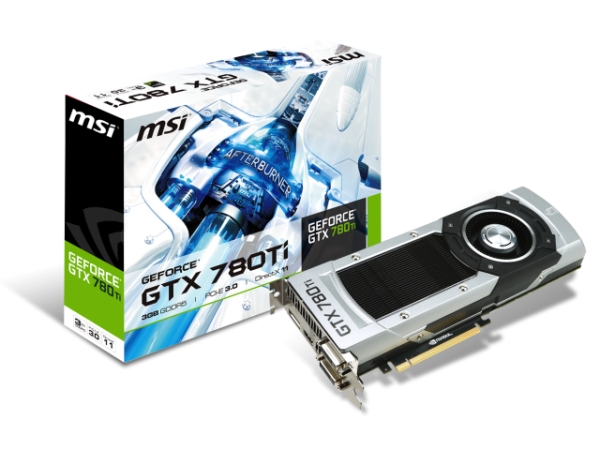