Gainward was quite keen to announce the "fastest GPU on the planet", the GTX 780 Ti 3GB. The new GTX 780 Ti is based on the same reference design that all partners have to stick to, at least for now, Gainward did also announce that the GTX 780 Ti Phantom series is definitely on the roadmap.

The currently available Gainward GTX 780 Ti packs 28nm GK110 GPU with 2880 CUDA cores and works at reference 876MHz base and 928MHz Boost GPU clocks, packs 3GB of GDDR5 memory clocked at 7000MHz and uses the same blower-style reference cooler we have seen back on the GTX 780 and the GTX Titan graphics cards.

Unfortunately, Gainward did not shed any details regarding the GTX 780 Ti Phantom nor did it gave out any hint on when it is expected on retail/e-tail shelves. According to our sources, custom GTX 780 Ti cards should appear later next month, if all goes well. 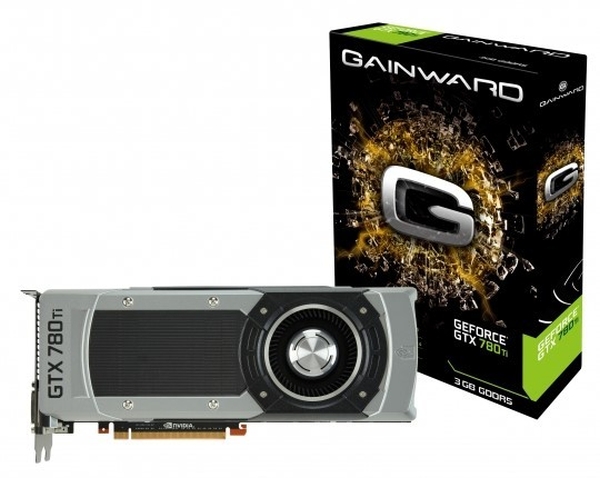 Last modified on 08 November 2013
Rate this item
(0 votes)
Tagged under
More in this category: « MSI launches its own GTX 780 Ti AMD blames PowerTune technology for R9 290X performance issues »
back to top