Geforce GTX 560 has been with us since January and even the Geforce GTX 560 Ti was launched in late January. Since that time, we barely saw any action in Nvidia's performance segment, but this is about to change.

Since the card is limited edition it looks more like a slightly underlocked GTX 570 than a GTX 560TI on steroids and we believe that the chip behind this black and orange cooler is GF110 rather than GF114, but this is something that we need to double check.

We don’t know the price or launch date, but we expect to see it very soon. Enjoy the picture and we have no plans to remove it upon request. 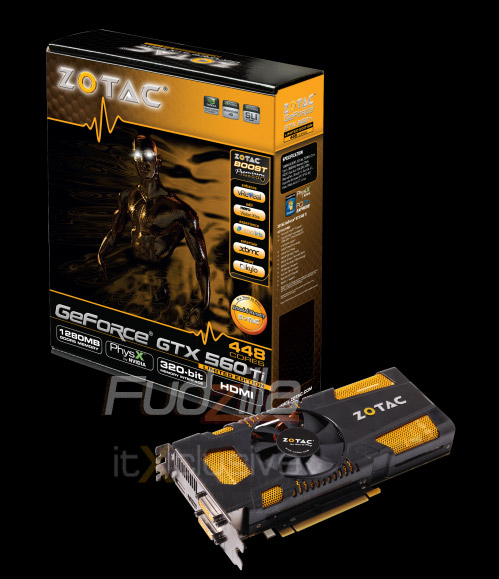 Last modified on 24 November 2011
Rate this item
(0 votes)
Tagged under
More in this category: « AMD Radeon 7000M to come in December Sapphire adds another HD 6850 to its offer »
back to top