Based on the Nvidia GF114 GPU, the GTX 560 Ti Twin Light Turbo packs 384 CUDA cores and works at 835MHz for the GPU, 1670MHz for shaders and comes with 1GB of GDDR5 memory clocked at 4100MHz and paired up with a 256-bit memory interface. It features two DVI, D-Sub and HDMI outputs and takes up two slots.

The card uses a rather large custom cooler that features four copper heatpipes and two fans placed below the heatsink. According to Palit, this cooler should generate less than 10 dB of noise, something to really brag about.

The new GTX 560 Ti Twin Light Turbo card is currently listed in Europe with a lowest price tag of €207,31. 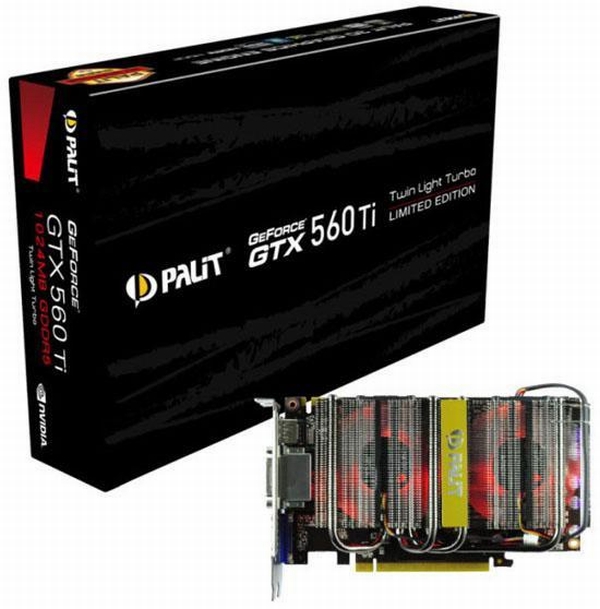 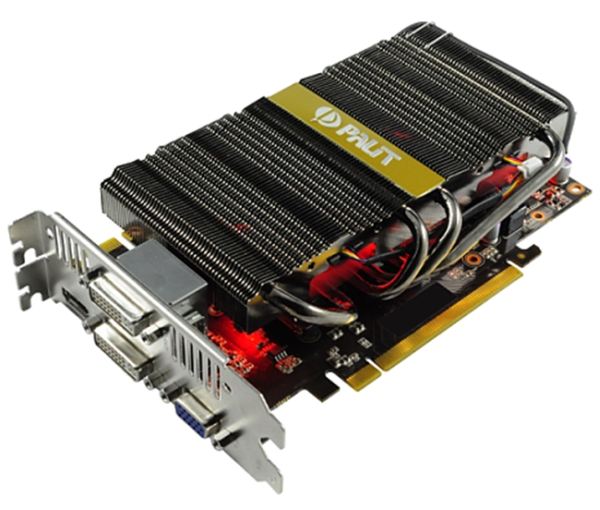 Last modified on 13 October 2011
Rate this item
(0 votes)
Tagged under
More in this category: « HIS rolls out HD 6670 iSilence 4 graphics card AMD might launch first 28nm GPUs in December »
back to top