Although it was initially announced and released as an OEM-only card, Nvidia's Geforce GT 545 will find its way to retail/e-tail thanks to the EVGA.

The card is based on Nvidia's reference design and features 144 CUDA cores and works at 720MHz for the GPU and 1800MHz for 1.5GB of DDR3 memory paired up with a 192-bit memory interface. It features support for DirectX 11, Nvidia PhysX, CUDA and 3D Vision, and can be paired with a same card for some 2-way SLI fun. As noted, the card retained the reference look so we are looking at a single-slot card with an active cooler with a small fan.

The new GT 545 has HDMI, D-Sub and DVI outputs and it should start to appear in retail/e-tails shops pretty soon with a price tag set at around US $150. 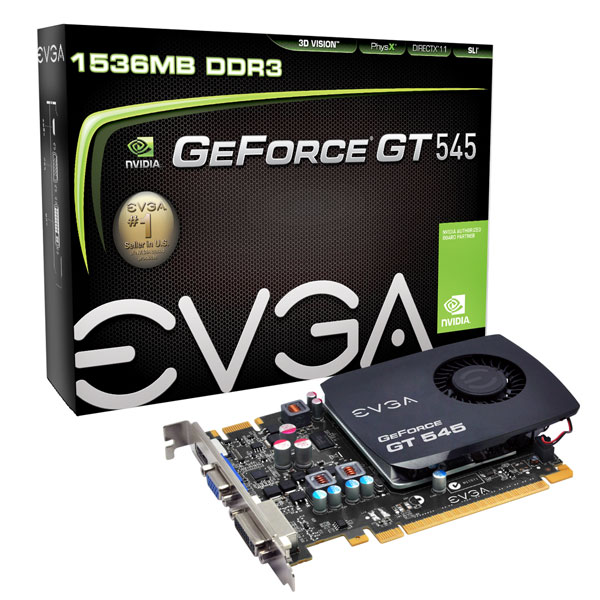 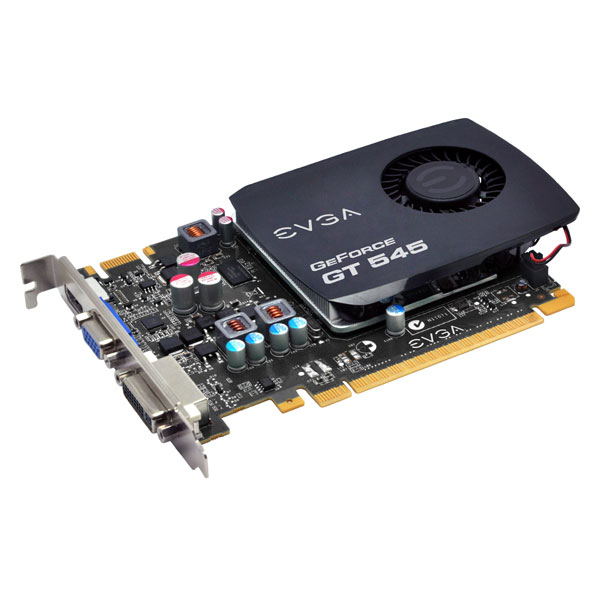