Nvidia rolls out its GT 520

Just a few days after the preview of AMD's Caicos based HD 6450 low profile card, Nvidia has decided to launch its own card meant for entry level market and aimed at HTPC or SFF systems, the GT 520.

Based on the 40nm GF118 GPU, the GT 520 packs 48 CUDA cores paired up with GDDR3 memory and a 64-bit memory interface. The reference card has a low profile PCB that is cooled by a heatsink/small fan combination. The reference card ticks at 810MHz for the GPU, 1620MHz for shaders and 1800MHz for 1GB of GDDR3 memory. The card supports DirectX 11 and Nvidia's CUDA and PhysX technologies and comes with DVI, D-Sub and HDMI ouptuts. According to the specs at Nvidia's site, the card has a maximum power draw set at 29W.

Couple of partners have already announced their own versions and the price should be around US $50. 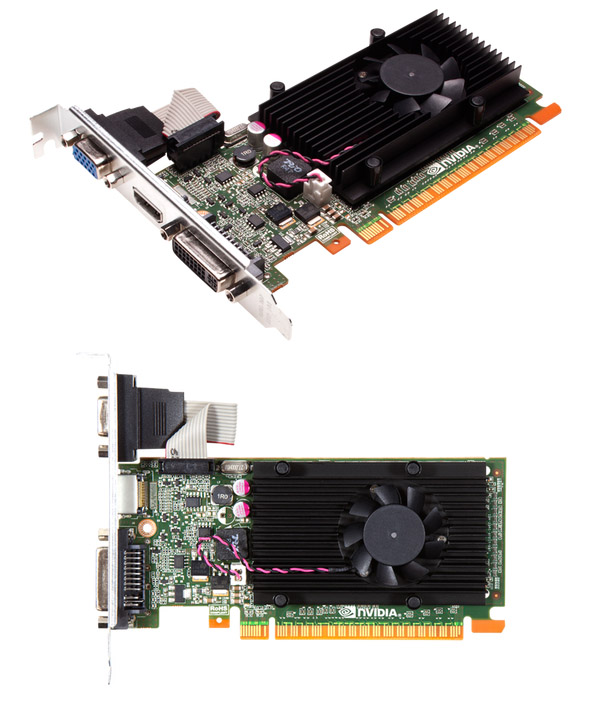