Asus' GTX 590 gets unboxed and pixellized

We are only a day away from the official launch of Nvidia's next dual-GPU flagship GTX 590 card and we already have the first pictures of the card. Guys from Pcinlife had a chance to take some photos of Asus' box and the card inside.

We already wrote about some specs and despite the lack of info at Pcinlife, we do know that Asus' card will have slightly" higher clocks. Namely,  612MHz for the GPU, 1224MHz for those 2x512 CUDA cores and 3420MHz for those 3GB of GDDR5 memory paired up with a dual 384-bit memory interface. The reference clocked card should be set at 607/1214/3414MHz.

Apart from the pictures, there aren't any specific details except for the fact that this might end up to be the longest card that Nvidia ever made, surpassing even the good old GTX 295. A large fan between two GPUs is something that has been known for quite some time, and the only novelty is the back of the card that will apparently have two small back-plates, one per GPU. The card features three DVI ports and a single mini HDMI output.

These pictures are simply a calm before the storm as tomorrow is Nvidia's GTX 590 launch day. 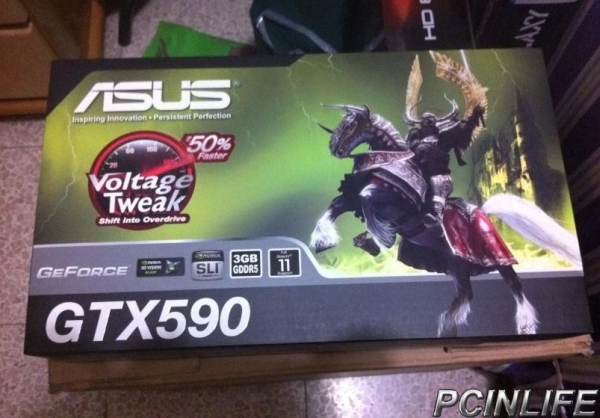 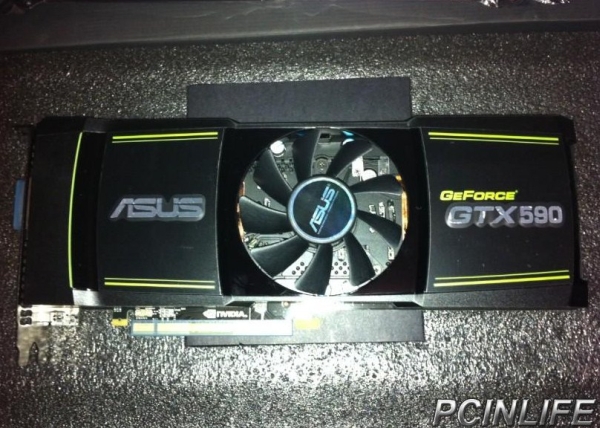 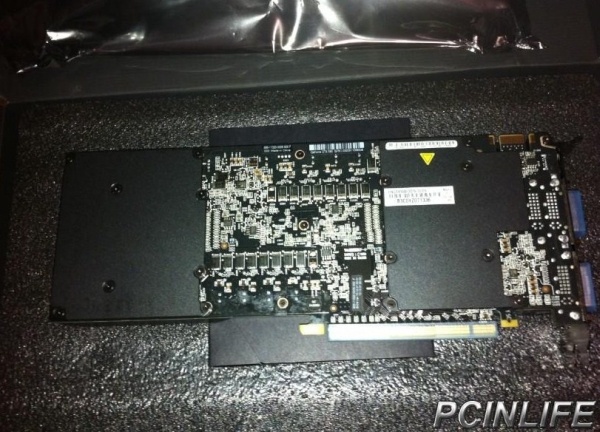