Following the recent release of the Nvidia Geforce GTX 560 Ti card, Zotac has finally launched the AMP! version based on this GF114 GPU. As always, the AMP! version features a decent factory overclock and although it is still 50MHz short from 1GHz, the card is ready for some additional overclocking via Zotac's Boost software.

The new GTX 560 Ti AMP! is based on the GF114 GPU and feature 384 CUDA Cores. It ended up clocked, or rather overclocked, to 950MHz for the GPU, 1900MHz for shaders and 4400MHz for 1GB of GDDR5 memory paired up with a 256-bit memory interface. It uses a dual-slot cooler with a center placed fan and features two DVI and mini-HDMI outputs. Of course, the card comes will full support for DirectX 11, OpenGL 4.1 and Nvidia's PhysX, CUDA, 3D Vision Surround and 2-way SLI.

The new Zotac GTX 560 Ti AMP! comes bundled with a voucher for Ubisoft's Assassin's Creed: Brotherhood and is currently listed in Europe with a lowest price set at €264 at German Alternate. According to our info, the card should be available in next few weeks.

You can find it listed here. 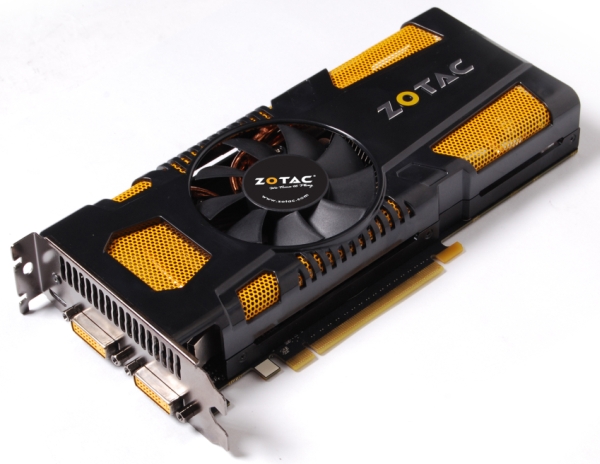 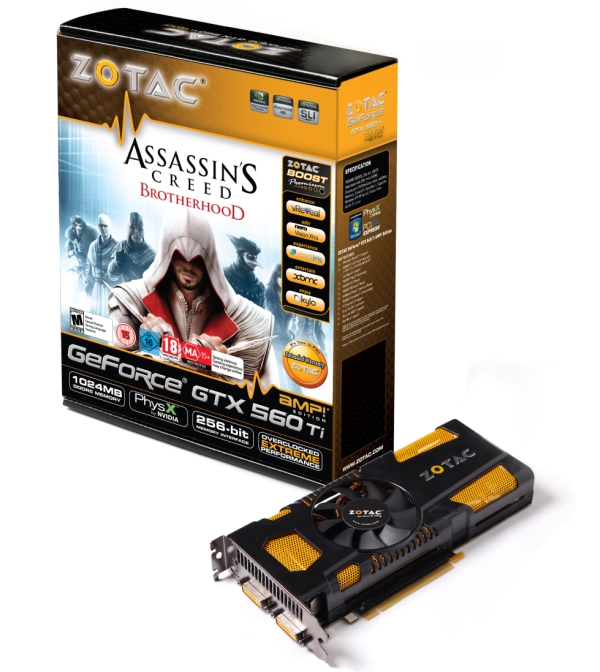