Sparkle has officially announced its latest card based on Nvidia's GF106 GPU, the Geforce GTS 450 ONE. Sparkle managed to squeeze in the single-slot cooling solution without going below the reference clocks on this one.

The new single-slot GTS 450 still features 192 CUDA Cores and works at 789MHz for the GPU, 1579MHz for Shaders and 3760MHz for 1GB of GDDR5 memory paired up with a 128-bit memory interface. The new card has two DVI and a single mini HDMI output. The cooler itself is designed with a blower fan and a heatsink with two copper heatpipes, which is apparently quite enough to keep the GF106 temps at bay. 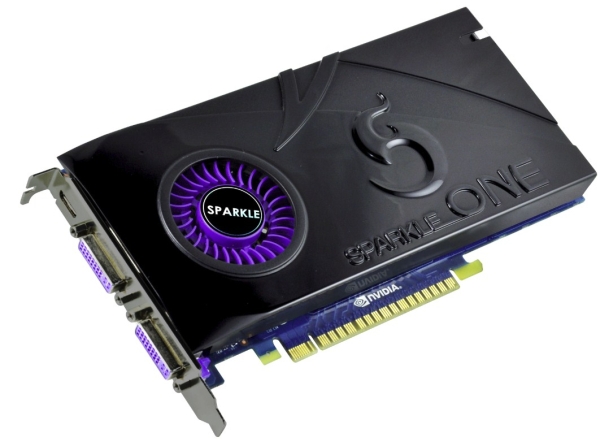 Last modified on 01 November 2010
Rate this item
(7 votes)
Tagged under
More in this category: « Nvidia driver lists new cards Sapphire preparing its own overclocking software »
back to top