Jensen tells us that ARM is Nvidia's choice

GTC 2010: Fastest growing CPU ever he claims
Jensen just told the world that Nvidia's CPU of choice is ARM. There is no mention of x86 and Jensen sticks with the ARM story.

They want to continue going after the Tegra market and get in as many mobile devices as possible. This is Nvidia’s choice and strategy. Jensen also tells us that he believe that ARM is an amazing CPU architecture and that is the fastest growing CPU in the history. 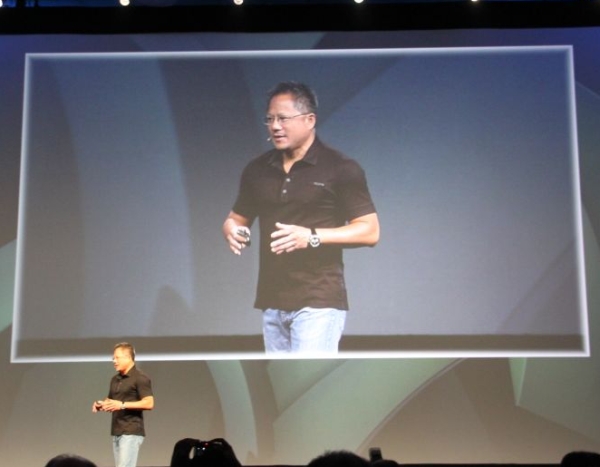 That is quite a statement and ARM is definitely the choice for most high end mobile phones and tablets. However, ARM has made little impact on server and notebook markets thus far, and even less on the desktop scene.

We are sure that we will hear more about Nvidia’s ARM plans, so stay tuned.
Last modified on 22 September 2010
Rate this item
(0 votes)
Tagged under
More in this category: « Tesla gets to 9 OEMs with 19 SKUs 40 nm is the right process for Tegra at the moment »
back to top