125W, no price just yet
A Bulgarian retailer has spilled the beans on Nvidia’s upcoming GTS 450 board, based on the new mainstream GF106 core.

The card in question comes from Asus and it features 1GB of memory and a DirectCU cooler. The GPU is clocked at 783MHz, shaders run at 1566MHz, while the memory is clocked at 900MHz, or 3600MHz effective. Mind you, take these numbers with a grain of salt, as the card is still not official, so the clocks could end up a few MHz higher or lower. 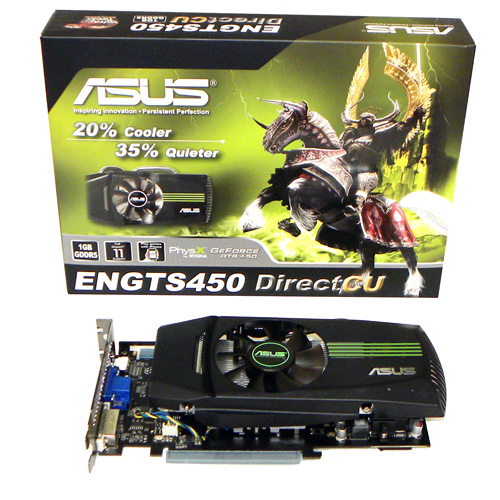 The card features 192 shaders and a 128-bit memory bus and on paper it really doesn’t look bad. Power consumption is rated at 125W, which is somewhat higher than AMD’s HD 5770 and HD 5750, which consume 108W and 86W respectively. Punters expect the GTS 450 to end up somewhere between the 5770 and 5750 in terms of performance, hence it’s clear that power consumption won’t be one of its selling points.

There is still no word on price, but we’re expecting the GTS 450 to end up around the $130 mark when it launches in September. You can check out the listing here.