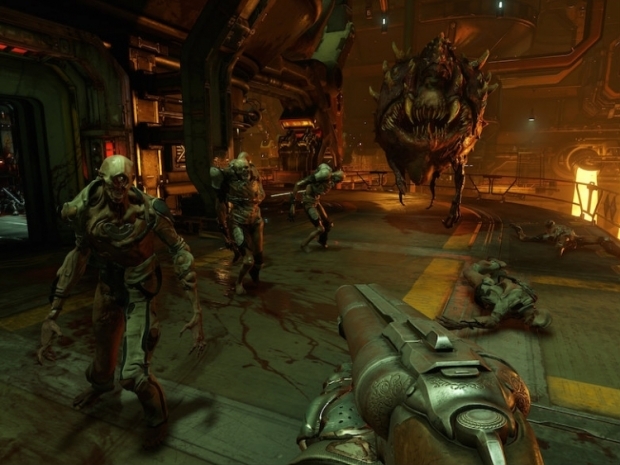 He uploaded a video to YouTube, showing his creation in action. The system runs a downsized version of Doom that requires less RAM. The chip from the Ikea lamp has enough processing power to play the game at 35 frames per second over a cheap 160-by-128-pixel display.

Wrachien embarked on the project after reading headlines about Doom purportedly running on a pregnancy test. In reality, the pregnancy test was only able to run the game due to an added OLED display and streaming it from a PC.

Wrachien used a $14.95 smart lamp that features an ARM-based Cortex M33 processor with “96 + 12 kB of RAM,” or just enough to run the first level of Doom. The same processor is housed in a microcontroller from Silicon Labs.

His creation did need some additional hardware. Wrachien created a separate board outfitted with 8MB of flash memory, power connectors, audio and keyboard ports—which connected to the Ikea lamp chip. The system is then wired to a display and a makeshift 8-key keyboard.

More in this category: « Ubisoft hosting an Assassin's Creed event in September Steam Deck proves walled gardens are rubbish »
back to top