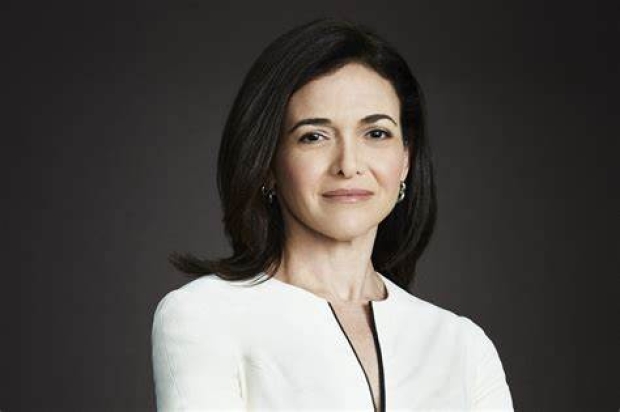 Meta Chief Operating Officer Sheryl Sandberg is in hot water after it is claimed she tried to shut down a news story involving her boyfriend, Activision Blizzard CEO Bobby Kotick.

According to the Wall Street Journal the UK Daily Mail was working to reveal a temporary restraining order against Kotick that a former girlfriend put in place in 2014.

In 2016, Martin Clarke, then editor in chief of the MailOnline, told employees that the publication wouldn’t be running an article about the restraining order, and that he had heard from Sandberg.

When the publication was once again looking into the matter, Ms. Sandberg emailed Jonathan Harmsworth, also known by his aristocratic title Viscount Rothermere, the great-grandson of the Daily Mail’s founder and chairman of its parent company, with concerns about the potential article. She wrote that she appreciated the Mail’s “commitment to getting the facts right,” the people said.

Lord Rothermere, who has a policy of not getting involved in editorial matters, referred the issue to Clarke. Clarke and Sandberg exchanged emails in 2019, according to a person familiar with the exchange.

The MailOnline relies on Facebook for a portion of its traffic. In 2010, Facebook delivered 10 per cent of MailOnline’s UK traffic.

In 2016, Facebook announced two new formats for video ads, citing the Mail as one of the premium publishers who had received advance access to them. Using those new video-ad formats required publishers to use two other Facebook products, Facebook Audience Network and Instant Articles, both of which the Mail had access. News Corp, owner of the Journal, has a commercial agreement to supply news through Facebook.

Sandberg, who was dating Kotick from 2016 to 2019, pulled resources from Activision Blizzard and Meta in an attempt to kill the story claiming that Kotick’s former girlfriend since retracted the allegations of harassment that prompted her to file for a restraining order. The WSJ claims Sandberg and Kotick reportedly “developed a strategy to persuade the Daily Mail not to report on the restraining order,” working in tandem with employees from their respective companies.

In the declaration, the ex said she informed Kotick their relationship was over because of what she said was his bullying and controlling nature. He then showed up at her Los Angeles home uninvited and tried to get in, prompting her to call the police, according to the declaration. She said the police gave her an emergency protective order. The subsequent temporary restraining order blocked. Kotick from coming within 100 yards of her or contacting her, according to court records. It was dissolved on April 17, 2014.

To be fair, the unnamed ex, has since signed a sworn statement making clear that what she had said was untrue. She also claimed the WSJ was “exploiting” her in order to publish an unflattering story on Kotick. This statement is being waived about by Activision Blizzard.

Meta has said that it is investigating the claim which is rumoured to be based on the fact that its COO’s might have used internal PR resources for a personal dispute. It is unclear how seriously Meta is taking the allegations considering that Meta Executive Communications spokesperson Mao-Lin Shen told Techcrunch that “Sheryl Sandberg never threatened the MailOnline’s business relationship with Facebook in order to influence an editorial decision. This story attempts to make connections that don’t exist.”

Last modified on 22 April 2022
Rate this item
(2 votes)
Tagged under
More in this category: « Activision Blizzard gets new diversity, equity, and inclusion officer PS5 demand outstrips supply »
back to top