The PC is the most popular gaming platform 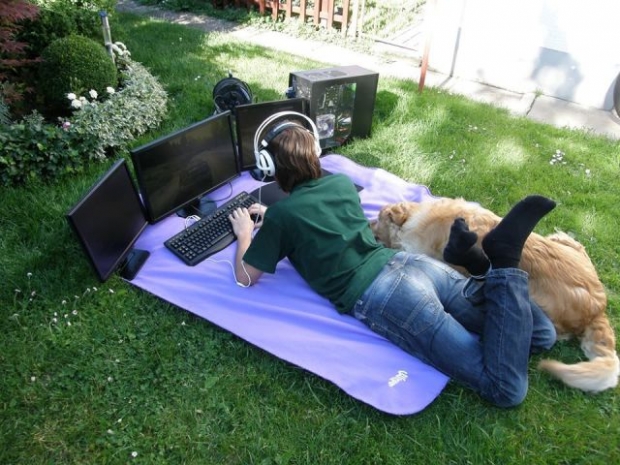 At least among developers

A PC is the most popular gaming platform among developers, and its lead over consoles and mobile is growing.

According to a Game Developers Conference survey of nearly 4,000 developers, over 56 percent of respondents had released their last game on PCs, the first time the figure has topped 50 percent. Smartphones/tablets were the next most popular platform at 38 percent.

The State of the Game Industry 2019 report asked developers what platform they were currently developing games for - two-thirds said the PC. 62 percent of respondents said their next game would release on PCs—the highest console was the PlayStation 4 at 32 percent, and smartphones/tablets were at 35 percent.

"Again we see [the] PC on top and increasing its lead year-over-year, while dev interest in other platforms remains relatively steady", the report said.

The PC was the most-picked platform when respondents were asked which platforms "most interest you as a developer right now", at 60 percent, ahead of the Nintendo Switch at 45 percent.

The survey had some bad news for PC storefronts such as Steam, GOG and the Epic Store. Only six percent of developers agreed that Steam justified the 30 percent cut it takes from revenue a game makes, 32 percent said Steam did not justify the revenue cut.

Steam remained the most popular PC storefront, with 47 percent of PC developers using it to sell their games. Direct sales via a developer's website were next, at 26 percent, while itch.io, the Humble Store and GOG were each used by less than 20 percent of respondents.

Last modified on 29 January 2019
Rate this item
(0 votes)
Tagged under
More in this category: « Assassin’s Creed Odyssey update demanded lesbian women have a baby GameStop gives up trying to flog itself off »
back to top