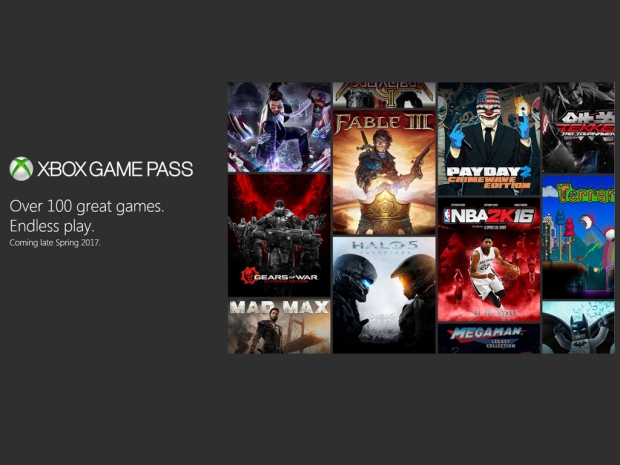 Bringing Netflix-style subscription to Xbox One

Microsoft has just made the Xbox One console a bit more interesting by announcing a new subscription service called the Xbox Game Pass, which will give access to over 100 games for US $9.99 a month, when it launches later this spring.

The Microsoft Xbox Game Pass will include over 100 games, like Halo 5: Guardians, Payday 2, NBA 2K16, and SoulCalibur 2. Unlike other similar subscription based services, Xbox Game Pass will allow users to download available games and buy them with a 20 percent discount if they decide to keep the game. This also means that users won't have to worry about streaming, bandwidth or other connectivity problems.

Add-ons for those games will be available for purchase with the same exclusive discount for Xbox Game Pass members as well.

While it was initially announced as a service that will only be available on Xbox One and Windows 10 devices, the Windows 10 part was later removed from the official Xbox Game Pass site, but it is still possible that it will be coming to the PC later this spring.

Currently, the Xbox Game Pass is available in an alpha preview stage with a limited number of games so we are certainly looking forward to what it will look like when it launches this spring. 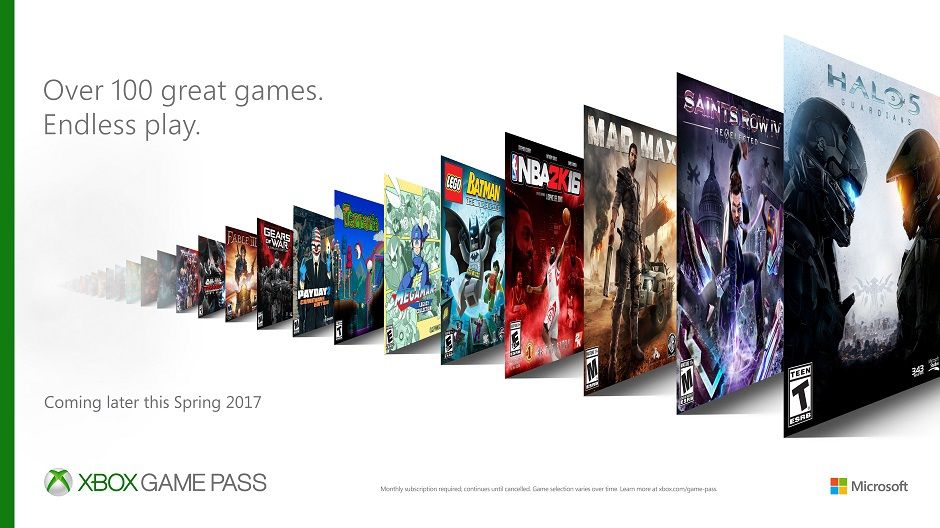