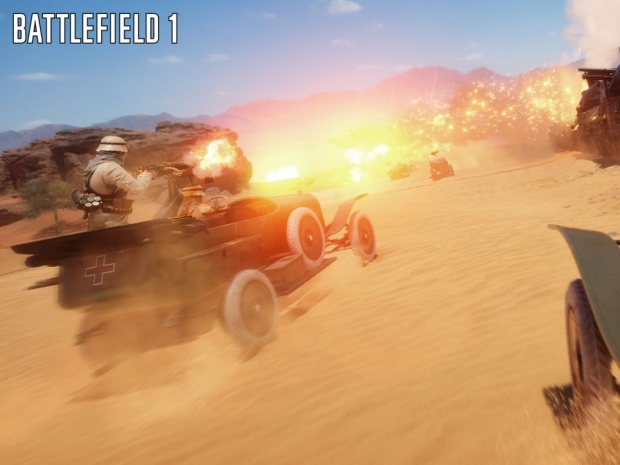 The biggest Beta in EA history

According to Electronic Arts, Open Beta phase for Battlefield 1 was the biggest one ever, at least in EA's history, with over 13 million gamers playing the game last week.

Electronic Arts has announced that the Open Beta phase of Battlefield 1 was the biggest one in EA's history with 13.2 million total players, more than double the number of troops that the British and Ottomans had in the Middle East during World War 1. 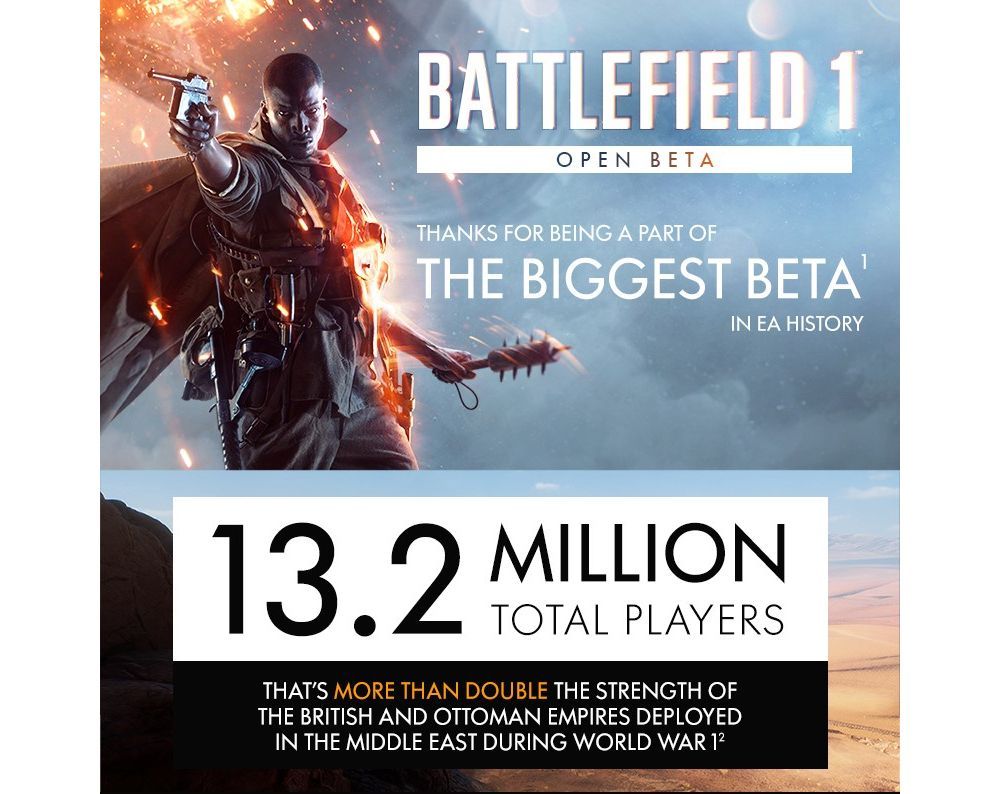 Electronic Arts also revealed a bit more statistics, saying that the Assault and Scout classes were the most popular and that there were 28.9 million melee kills during the Beta Phase. The Armored Train, which was a key part of the Beta Phase had 13 million kills and there were 62.2 million kills obtained while riding a horse, one of the most popular things in beta, next to the Light Tank, which was a bit too good and will be fixed in the final game.

EA also used the opportunity to thank all the gamers that played the game during the Beta Phase as well as thank them all for the great feedback in forum posts, social media and other places.

The Battlefield 1 will be officially released for the PC, Playstation 4 and Xbox One on October 21st while those that pre-ordered the Early Enlister Deluxe Edition will be able to play it on October 18th. 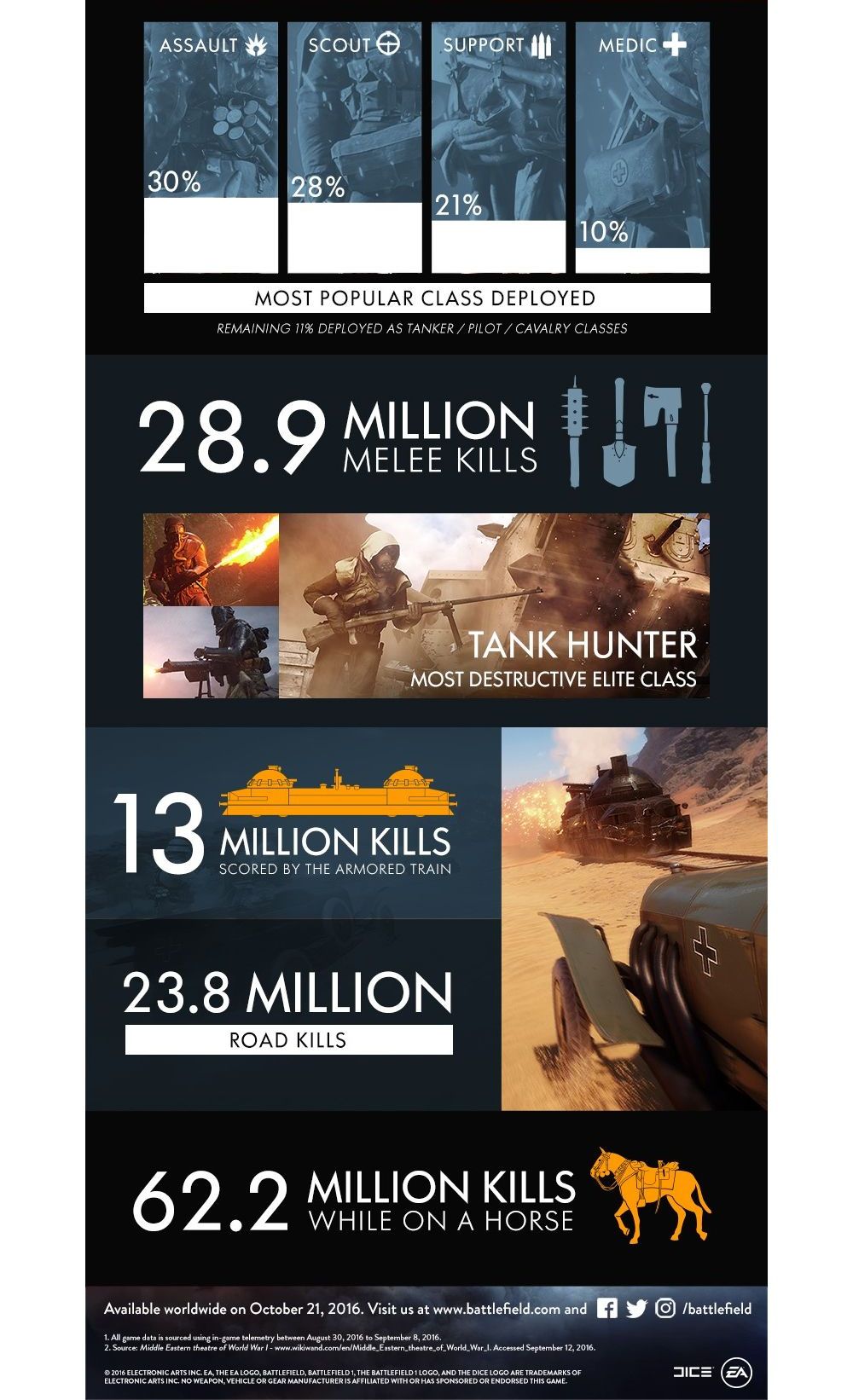