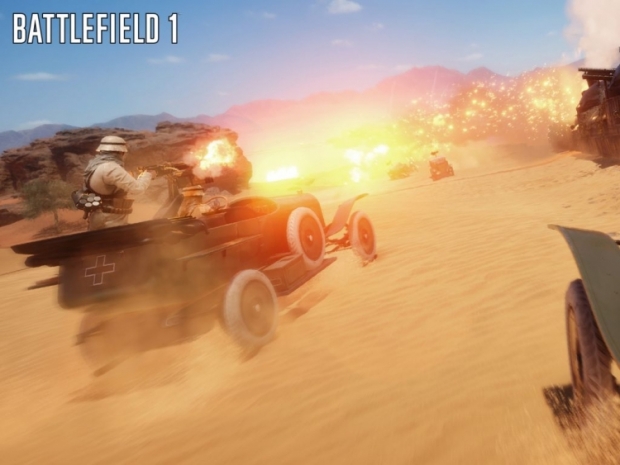 Couple of changes coming as a result of beta

EA/DICE has now, finally, revealed minimum and recommended system requirements for Battlefield 1 as well as revealed a list of changes that will be coming to the game as a result of that same beta phase.

According to details on the Battlefield website, you will need some decent hardware even to fulfill the minimum system requirements for the game. The minimum system requirements list starts off with 64-bit version of Windows 7, Windows 8.1 or Windows 10 OS, either AMD's 6-core FX-6350 or Intel's quad-core Core i5-6600K, 8GB of RAM and either Radeon HD 7850 2GB or Nvidia GTX 660 2GB graphics card.

The recommended requirements are noticeably higher, with Windows 10 OS 64-bit as the recommended choice, AMD's eight-core FX-8350 or Intel's quad-core Core i7-4790 CPU, a whole 16GB of RAM and decent graphics card in the form of either an AMD RX 480 4GB or Nvidia GTX 1060 3GB.

In addition to the system requirements, EA has also unveiled a list of changes that will be coming as a result of the recent open beta, including changes to the Conquest and Rush modes, balance changes to some classes, including Light Tank, Support and Horses.

Battlefield 1 will be officially released for the PC, Playstation 4 and Xbox One on October 21st while people that pre-ordered the Early Enlister Deluxe Edition will be able to play it on October 18th.