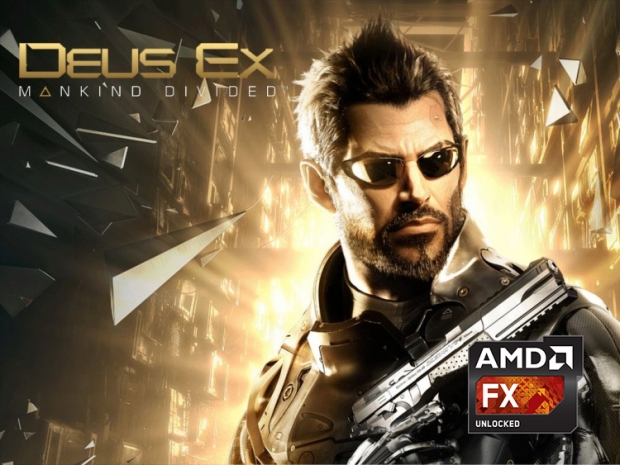 Still no word on graphics cards

We already knew that AMD was one of the launch partners for the new Deus Ex: Mankind Divided game and it appears it will be bundled with some of AMD's hot FX-series CPUs.

While we were hoping to see it bundled with some recently launched Polaris-based graphics cards, it appears that AMD wants to give some love to those that decide to buy AMD's FX-series CPUs.

To be available in most popular retail/e-tail stores, the bundle will include a copy of the new Deus Ex: Mankind Divided game with a purchase of a 6- or 8-core AMD FX CPU. According to details provided by AMD, the promotion will run from August 23rd to November 14th or until the supply lasts.

Hopefully, AMD will decide to bundle the game with some of its Polaris-based graphics cards after Deus Ex: Mankind Divided gets its DirectX 12 patch later in early September.

Last modified on 24 August 2016
Rate this item
(9 votes)
Tagged under
More in this category: « Nvidia launches new Paragon game-ready bundle Star Citizen gets a new gameplay trailer »
back to top