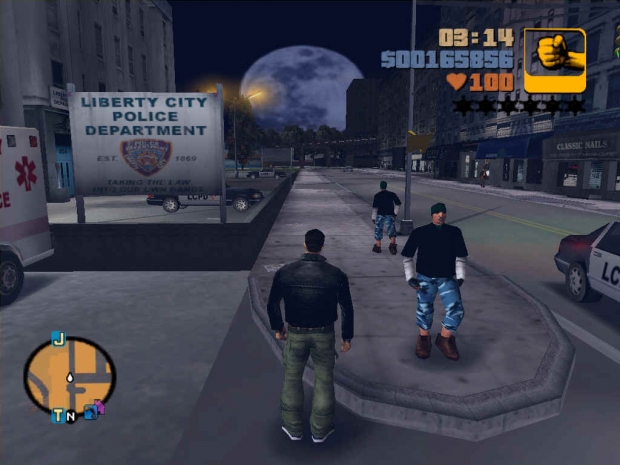 Claims it is “bizarre”

The bloke who claims to be behind the multimillion-selling Grand Theft Auto series is suing the publisher Rockstar for reneging on a 2009 royalties deal.

Leslie Benzies is suing Rockstar for $150 million. He was lead producer and a creative director of the GTA series since 1999 when work began on Grand Theft Auto III. He was also president of Rockstar North, the Edinburgh studio responsible for much of the development on the series.

He claims that his unfair dismissal led to the loss of over $150m in royalties. Take-Two Interactive has stated in its counter action that Benzies chose to leave.

Benzies’ lawsuit makes many allegations about Rockstar and specifically Sam Houser, who he labels “incapable of completing large scale and complex games” without Benzies’ supervision.

The suit claims that Houser thought Benzies “wanted to take over the company”, when the producer arranged for his name to appear last in the game credits to GTA Online, a multiplayer component of Grand Theft Auto V. Previously Houser’s name was always the last to appear in Rockstar production credits.

Benzies claims to have been encouraged to take a sabbatical in 2014, only to discover that Sam and Dan Houser, the founders of Rockstar, were conspiring to have him removed from the company. He claims that the duo sought to renege on a 2009 royalties deal which would ensure Benzies retained financial parity with the brothers.

Take-Two Interactive, the parent company of Rockstar has since launched a counteraction against Benzies and in a brief statement, the company dismissed the allegations.

“Leslie Benzies was a valued employee of our company for many years. Sadly, the events that culminated in his resignation ultimately stem from his significant performance and conduct issues. Despite our repeated efforts to address and resolve these issues amicably both before and after his departure, Leslie has chosen to take this route in an attempt to set aside contract terms to which he previously agreed on multiple occasions. His claims are entirely without merit and in many instances downright bizarre, and we are very confident this matter will be resolved in our favour."

It said that it was disappointing and simply wrong for Leslie to attempt to take personal credit for what has always been “the tremendous efforts of the entire Rockstar team, who remain hard at work delivering the most immersive and engaging entertainment experiences we can for our fans.”

Last modified on 13 April 2016
Rate this item
(3 votes)
Tagged under
More in this category: « Doom open beta multiplayer starts on April 15 Microsoft kills off Xbox 360 »
back to top