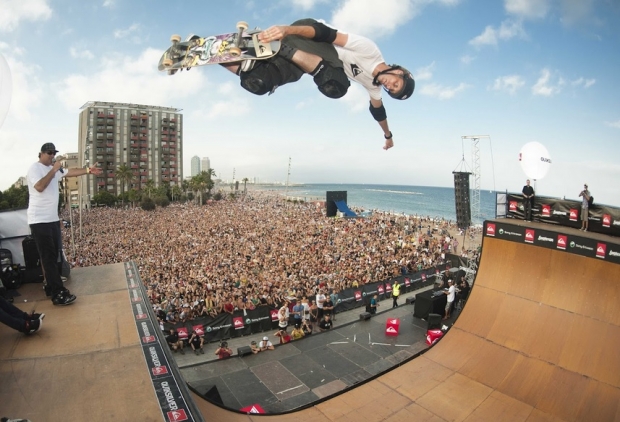 No word on if it will be a multi-platform release

Tony Hawk himself confirmed a 2015 release of a new game that bears his name for the PlayStation 4. During Sony’s press conference where he was there to promote the Action-Cam, he spent a few minutes afterward talking about the game.

Of course he could not say much due to a non-disclosure agreement, but he did say it will be a next generation offering and will offer the best skateboarding high-definition set of visuals ever seen in a skateboarding game. He also indicated that development of the game is ahead of schedule.

Were things got a little more interesting was with the use of the wording “PlayStation 4 Exclusive”, which could mean a lot of things. Everything from a total exclusive of the game for the PS4 console or perhaps a timed release for the PlayStation 4 with game to be multi-platform at a later date.

What we do suspect is that we will hear more about the title during E3 and as for who is going to publish it, we have no reason to believe that it will be anyone other than Activision. We do suspect that it will be a late fall or holiday release in 2015. Also readers might want to note that rumors of a new Skate title being in development continue to fill our inbox, but so far we have been unable to officially confirm this as true.

Last modified on 07 January 2015
Rate this item
(0 votes)
Tagged under
More in this category: « SDK leaked for Xbox One Horizon 2 gets G-Shock Car Pack »
back to top