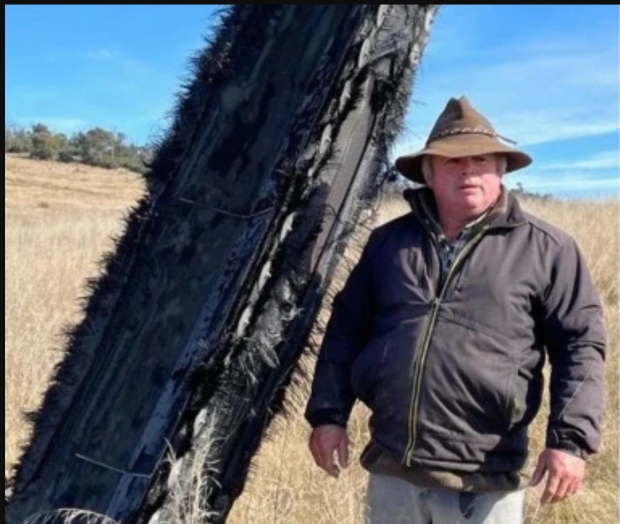 But it doesn't matter he is poorer than Musk

Elon [look at me] Musk's love of his fellow humans has resulted in him dumping a three-metre long piece of junk from a SpaceX rocket on some Aussie bloke's field.

Mick Miners, from Jindabyne in New South Wales, found the wreckage after his daughters reported hearing a loud bang.

Australian National University space expert Brad Tucker was called out to investigate. He worked out that the junk had been in space since November 2020 and was a part of the SpaceX Crew-1 mission. The manned flight that took two astronauts to the International Space Station.

The arse end of the rocket was supposed to drop down in the ocean after falling to bits in the atmosphere, but this one decided to crash in Australia.

The Australian Space Agency is now handling it because there is actually a legal protocol for dealing with this sort of mess. Technically it’s still SpaceX’s and is still owned by SpaceX.  If Elon Musk’s private space company want the rocket’s remains back again, they’ll have to pay both Mike Miners and his neighbour Jock (who also had a piece of space junk land on his property) to retrieve it.

Local reports claim large numbers of people in New South Wales saw an explosion and heard the crash of the piece of space junk coming back down to Earth.

Last modified on 02 August 2022
Rate this item
(4 votes)
Tagged under
More in this category: « Solar powered car is there Shaun the Sheep to travel on NASA's Artemis 1 »
back to top