Shaun the Sheep to travel on NASA's Artemis 1 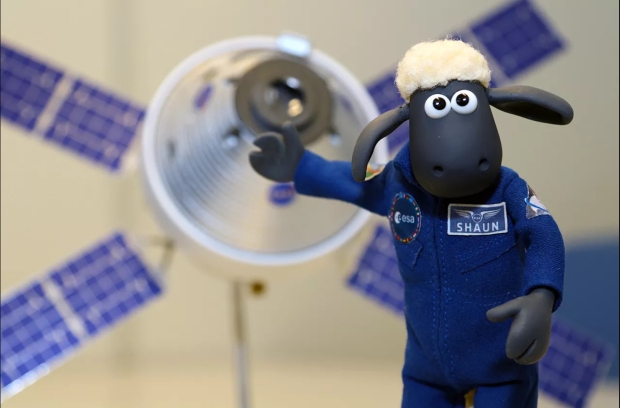 One small step for Ram

Shaun, the title character from the animated television series "Shaun the Sheep", is going into space.

The character from a UK kids' telly show will travel NASA's Artemis 1 mission, targeted for launch later this month. The unusually clever Shropshire lamb will fly well beyond the moon on NASA's uncrewed Orion spacecraft prior to returning to Earth in a little over a month's time.

David Parker, director for human and robotic exploration at ESA said that it was an exciting time for Shaun and ESA.

David Parker, director for human and robotic exploration at ESA, said in a statement(opens in new tab) released on Tuesday (Aug. 2).

"We're woolly very happy that he's been selected for the mission and we understand that, although it might be a small step for a human, it's a giant leap for lambkind."

He really should have asked us for pun advice.

ESA worked with Aardman, the animation studio behind the stop-motion sheep, to arrange for Shaun's real-life space adventure.

Lucy Wendover, marketing director at Aardman who make Shaun the sheep said: "As one of the first astronauts to fly on an Artemis mission(opens in new tab), Shaun is leading the way in lunar exploration, a great honor for our woolly adventurer!"

"2022 marks the 15th anniversary of Shaun's first TV series, so what better way to celebrate than by traveling farther than any sheep has gone before," she added.

Shaun is not the only pop culture figure launching on board the inaugural Artemis flight. Four LEGO minifigures are also included in the OFK, and a one-of-a-kind Snoopy doll based on the comic strip beagle is flying as the mission's zero-gravity indicator.