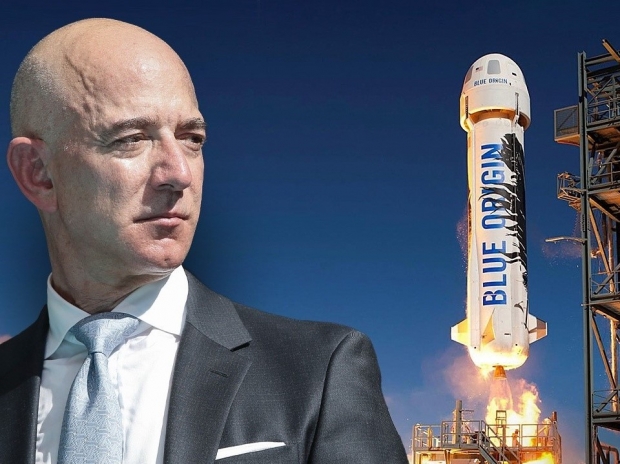 It seems that Jeff Bezos' staff are less than impressed with his attaining a goal to be the first man to fly a giant sex toy into space and are leaving his organisation in droves.

Since he arrived back on earth to the applause of his PR team, Bezo’s  company has lost top talent.

More than 17 key leaders and senior engineers have left Blue Origin this summer, and most exited after Bezos’ spaceflight.

Two of the engineers, Nitin Arora and Lauren Lyons, this week announced jobs at other space companies: Elon Musk’s SpaceX and Firefly Aerospace, respectively. Others quietly updated their LinkedIn pages over the past few weeks.

None of them have said why they quit but it seems to be a frustration with executive management and a slow, bureaucratic structure. No mention of having to wee in a bottle.

Blue Origin insists that it is just about growing. The company  grew by 850 people in 2020 and we have grown by another 650 so far in 2021. "In fact, we’ve grown by nearly a factor of four over the past three years. We continue to fill out major leadership roles in manufacturing, quality, engine design, and vehicle design. It’s a team we’re building and we have great talent”, the spokesperson said.

To be fair, some of the engineers who left were part of Blue Origin’s astronaut lunar lander program. Bezos’ company lost its bid for a valuable NASA development contract in April when SpaceX was announced as the sole awardee under the space agency’s Human Landing System program, winning a $2.9 billion contract.

Last modified on 23 August 2021
Rate this item
(2 votes)
Tagged under
More in this category: « Toyota slashes car production due to chip shortage Toyota self-driving bus throws a Paralympic judo expert »
back to top