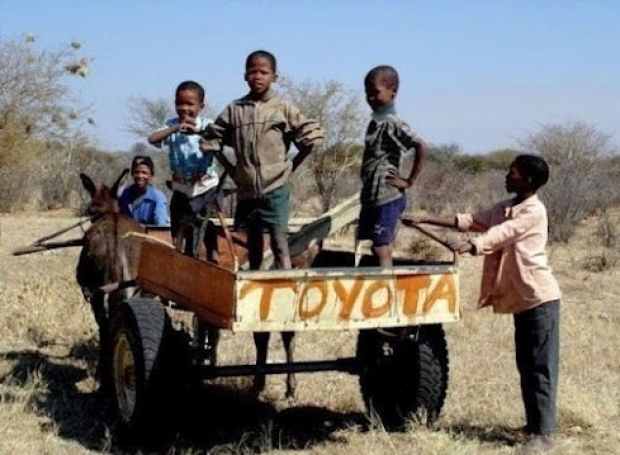 Better than admitting it has been caught short

The company that bought us sticky gas pedals, Toyota, has fallen behind other car companies in producing electric cars and is dealing with the problem by pretending that hybrids are better.

Toyota admitted recently that the Tesla Model 3 alone is responsible for half of Toyota’s customer defections in North America. The company continues to drag its feet on the technology refusing to invest in the tech at all.

Its answer is to pretend that hybrid cars are more environmentally friendly. Yeah, that will do it.

Toyota has publicly bashed the prospects of all-electric fleets and at the Geneva Auto Show, a Toyota executive claimed that the reason it was limited by battery production capacity and that “Toyota is able to produce enough batteries for 28,000 electric vehicles each year — or for 1.5 million hybrid cars".

So, Toyota forgot to invest in battery production, it can only produce enough batteries for a trivial number of all electric vehicles.

As a result, it has to choose between manufacturing 1.5 million hybrids or 28,000 electric cars and is covering its management cock up by forgoing electric vehicles (EVs) on environmental grounds.

However, people have been looking at the math and worked out that it was pretty crap. Toyota didn’t provide details, the calculation seems to assume that for every hybrid sold, a fully gasoline-powered car would be taken off the road.

Most Toyota hybrid buyers are replacing a Toyota hybrid. And, based on Toyota’s own revelation that they are losing Prius drivers to Tesla, it makes sense that many Toyota hybrid drivers would jump at the opportunity to transition to an all electric Toyota.

Last modified on 15 March 2019
Rate this item
(0 votes)
Tagged under
More in this category: « Tesla Model Y starts at $47K in late 2020 MobileEye mocks Nvidia as a copycat »
back to top