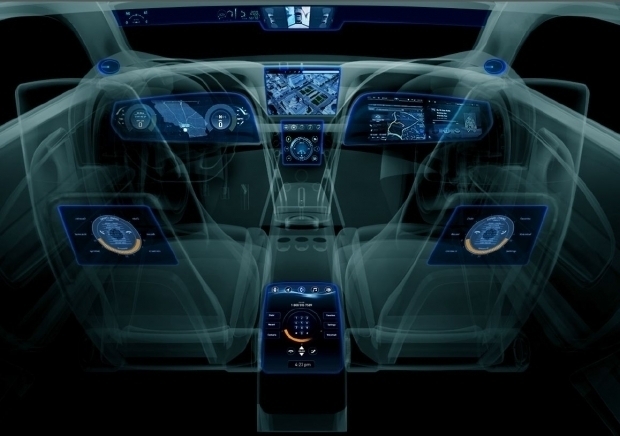 Nvidia has already announced that its integrated automotive solution won the hearts of Tesla and Volvo, while Qualcomm announced the Snapdragon 820A for automotive in early 2016. Now MediaTek has announced a plan to bring holistic, fully integrated system solutions to the automotive industry beginning in Q1 2017.

This is hardly a surprise, as MediaTek just like Nvidia and Qualcomm, has an SoC that fits phones and tablets that can be easily tweaked into an automotive SoC. What we have learned so far is that the high end mobile phone SoC can do quite good job in machine learning, image recognition and fast data processing. Of course you need to train the system on some dedicated server but a modern SoC such as Helio X30 with its three-cluster ten cores, should do a good job. Transportation companies are expected to lead in the self-driving revolution and Uber is currently running trials in Pittsburg. Apparently even Apple wants a piece of this self-driving pie.

The time seems right as there is a big interest for advanced technology that will lead toward assisted driving ADAS (Advanced Driver Assistance Systems) and eventually autonomous, self-driving cars. MediaTek has rather good cards in its hand as it can provide SoCs for infotainment, has its own in house modem, can power a digital animated dashboard and has a self-driving component too. Intel and Qualcomm are the other two who have self-driving, all kinds of digital displays and infotainment and have a 4G modem. Nvidia doesn’t have a modem but it was very clear last time it talked to Fudzilla about this subject. The Nvidia platform supports multiple modems but it doesn’t plan to revive its own in-house modem.

MediaTek believes that the automotive industry and car makers demand advanced technologies equipped with a blend of power efficiency, processing power and affordability. Since it has many chipset designs for mobile, home entertainment, connectivity and IoT that positions the company well to bring innovative multimedia, connectivity and sensor solutions to the automotive industry.

“The demands of connected and autonomous vehicles require a unique portfolio of technologies. MediaTek’s core competencies create a natural progression for us to design for the future of driving.

We have a strong technology portfolio generated from $10 billion in research and development investment over the past 12 years from modem and RF advancements, computing technologies and connectivity to intelligent algorithms.

We are developing semiconductor solutions to make an impact in the automotive industry and are focused on core areas of in-vehicle Infotainment, Telematics and safety ADAS to further the evolution toward autonomous driving.”

Nvidia started early and got quite a few automotive designs with infotainment and has big aspirations about self-driving ADAS, but bear in mind that MediaTek, Qualcomm and Intel won’t give up this market without a fight. Power consumption will play a role at some point, as a solution that needs less energy will drive your car a few more miles that you will be able to spend on driving instead of poweing on board computing devices. But  price difference will definitely play a big role.

Last modified on 24 April 2018
Rate this item
(1 Vote)
Tagged under
More in this category: « Ford to expand in-car Alexa use Apple man in Tesla's self-driving car seat »
back to top