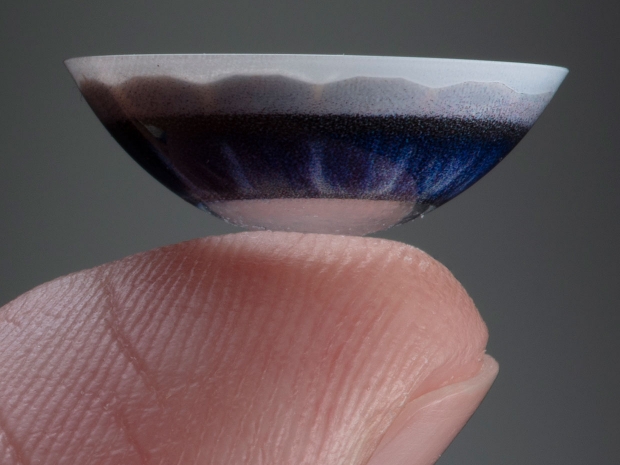 For those who want better things from their reality

Startup Mojo Vision has been developing an AR contact lens which really means people will have difficulty telling what is real or not.

Last week the company let selected media have a look at working prototypes, powered wirelessly, though plans for the next version include a battery on board.

The demos included edge detection and enhancement (intended for people with low vision) in a darkened room and text annotations.

The lenses are entering clinical trials  but company executives have been testing them for some time already. Steve Sinclair, senior vice president of product and marketing, says the first application will likely be for people with low vision -- providing real-time edge detection and dropping crisp lines around objects. Other applications include translating languages in real-time, tagging faces, and providing emotional cues.

Mojo Vision has yet to implement its planned eye-tracking technology with the lenses, but says that’s coming soon, and will allow the wearer to control apps without relying on external devices.

"People can't tell you are wearing it, so we want the interaction to be subtle, done using just your eyes", Sinclair said. He also noted the experience is different from wearing glasses. "When you close your eyes, you still see the content displayed", he says.

Last modified on 17 January 2020
Rate this item
(1 Vote)
Tagged under
More in this category: « Now is the winter of AI's discontent Boffins succeed in fly experiment »
back to top