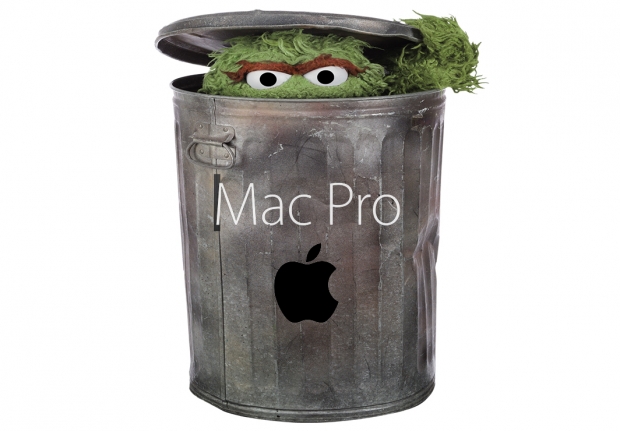 Apple’s rivals are targeting those who are still using Apple’s long-out-of-date Mac Pro.

When Apple released the MacPro in 2013 it was a reasonable, if not over-priced spec, in a design like a kitchen rubbish bin. Most hardware makers would have issued a new one every year, but not Jobs’ Mob. Putting out a new model would mean that the last one was not perfect, besides you might be able to convince true-fanboys to buy another one without having to do anything.

What is amusing is that when it launched, Apple was supposed to be telling the world that it still loved the PC market. Before the Mac Pro the last computer had not been upgraded since 2010. There were concerns that Apple was only interested in toys like phones and iPods and had lost interest in the PC market completely.

Workstations from Lenovo, Dell and HP carrying superior technology and are actively using the fact that Apple does not care about the PC any more to tempt Mac Pro users, with better CPUs, GPUs, and memory. They can also manage virtual reality which the Mac Pro can’t.

This new workstations start at about $4,000 and are pricey but when you consider Apple is trying to flog its Mac Pro starting at $2,999 for older Ivy Bridge microarchitecture and AMD FirePro GPU models and DDR3 memory. The Thunderbolt 2 ports are also outdated you have to question if you are getting any value for money at all.

The Tame Apple Press has done its best to claim that the Mac Pro is still a good machine and has some life in it yet. But it is more in the role of a low end workstation is only adequate for video editing rather than the machine everyone wants.

Apple is not interested in VR yet. It will wait for it to take off before it comes along and claims that Steve Jobs invented it. But it has suffered from considerable amount of poor PR for not having its top of the range PC able to handle it.

Having, Oculus founder Palmer Luckey saying he would support the device coming to Macs if Apple ever releases "a good computer” is not the sort of press Jobs’ Mob is used to getting. Having already lost its “innovation” crown it is fast becoming less relevant.