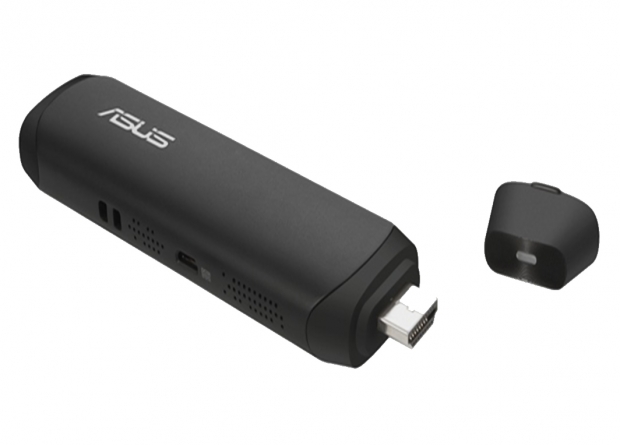 At least in Japan

Six months after showing us its Windows computer-on-a-stick, Asus is finally selling its VivoStick – at least to the Japanese.

The Asus VivoStick TS10 hits Japanese shops on 8 April there is no word when one will tip up the West – if ever.

The gear is similar to the 2nd-gen Intel Compute Stick, the Asus VivoStick TS10 features 2GB of RAM, 32GB, and an Intel Atom Cherry Trail processor. Unlike the Chipzilla model it has a slightly more powerful 1.44 GHz Atom x5-Z8350 chip. It also has a mic/headphone combo jack.

The Asus VivoStick supports 802.11ac WiFi and Bluetooth 4.1 and has a USB 3.0 port, a USB 2.0 port, an HDMI connector, and a power-only micro USB port.
One useful thing is that there is VivoRemote app that lets you use you Android or iOS phone or tablet as a keyboard, mouse, or media player remote control. There’s also support for streaming movies, photos, or games from a phone to your TV using a VivoStick.

Unfortunately what might be a good product is stuffed up by Asus’s insistence that it is packed with bloatware. There is an AV trial, several Asus apps, an Microsoft Office trail, and Adobe Acrobat Reader. When you have only 32GB worth of harddrive and windows takes up a big chunk of that you need bloatware like you need an Apple fanboy telling you how wonderful their watch is.