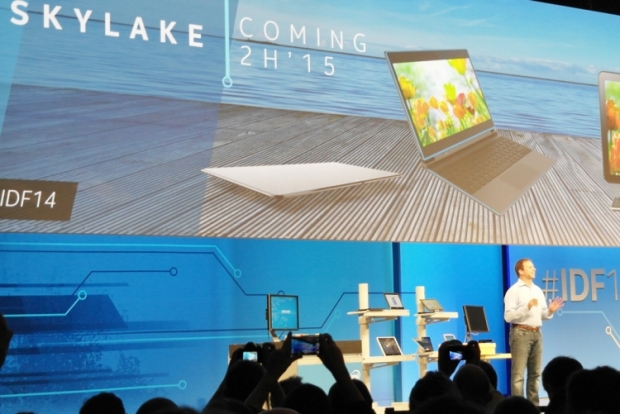 Roadmap shows a year after Broadwell

Fudzilla has uncovered a new roadmap which shows Intel's plans beyond Broadwell in the notebook market space.

Despite being 14nm and the fact that Broadwell-U which is under the bonnet of most of the notebooks only just started shipping, Intel is planning another big announcement before the end of the year.

Intel promises that the Skylake mobile platform can help you get rid of the charging cables as it includes wireless charging, at least for some units. .

Skylake-H will bring the four core SKU on the market starting with Q4 2015 and continuing with more units in Q1 2016 and onwards. This was the plan all along and we have reported back in the summer of 2014 that Skylake is scheduled for the later part of 2015.

It is unclear when the Cannonlake 10nm successor comes to market. We can expect it at the earliest at later part of 2016 but Intel didn’t share many information about this chip.