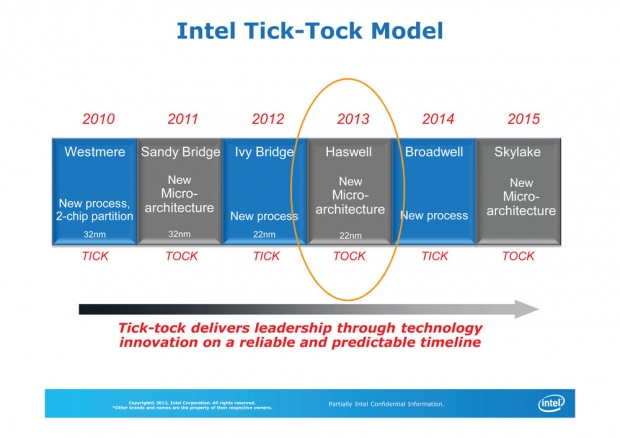 Fudzilla has managed to get its paws on Intel data about the performance of the Skylake in detachable notebooks.

Data regards the Skylake-Y the 5W TDP variant of the core which Chipzilla has compared the early silicon with the Broadwell-Y or 5W TDP version of Core M 5Y10 CPU.

According to Intel, the Skylake mobile platform has 60 percent lower SoC power and can sustain up to 35 percent longer 1080p HD playback than the Core M 5Y10.  If this is true, this is a great achievement. Intel used the same battery capacity and  the system configuration on the Skylake-Y and 5th Generation Core Y processor test beds. You can expect the same 60 percent lower SoC power and up to 35 percent longer HD playback from the Skylake-U versions 5th generation Broadwell-U processor.

This is means huge savings considering that Skylake is based on the same 14nm manufacturing node. Intel realises that battery life is one of the key factor for notebook users and since the line between notebooks and tablets is blurring, having a longer battery life in watching video really counts.

These are the preliminary results of the early silicon and the power consumption looks good. We don’t expect that Intel will start Skylake manufacturing until summer 2015 considering that Q4 2015 is the time when it should start shipping.

We are not sure how much can Skylake platform improve the overall battery life, but since it is brining "No Wires" strategy and wireless changing, this is the platform to be excited about, as it is bringing some significant changes.