Nexus 7 with Chromecast combo earn you a $35 credit

Sony and Samsung are stuck with a rather high $649 price for an unlocked device, while the HTC One Google Play edition is tad cheaper at $599 price, leaving the 8.3 inch LG tablet as the cheapest Google Play edition device that is not sold under Nexus brand and costs $349.

One thing that has caught our eye is that if you purchase Nexus 7 together with Chromecast, Google will include a $35 Google Play credit and free shipping in the gift box. This makes the cheapest Nexus 7 16GB black edition currently priced at $229 a bit cheaper making it effectively $35 cheaper as this is the current value of Chromecast. Free shipping also helps but there is currently no 16 GB version of Nexus 7 white, this one is only available at $269 32GB Wifi version.

The 4G LTE versions for both T-Mobile and AT&T will set you back $349 for a 32GB version of a tablet and won't come in white, at least not for the time being. It is unbelievable for us to see that Nexus 7 webpage claims that the tablet features Android 4.3 when the actual tablet ships and upgrades to Android 4.4.2. Sloppy job chaps.

Our US readers will be able to check the link here. 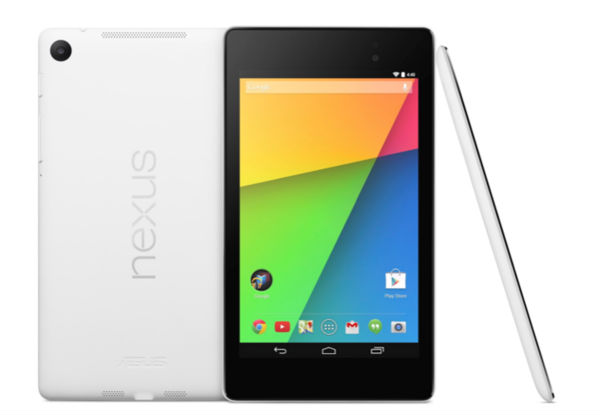 Rate this item
(0 votes)
Tagged under
More in this category: « AMD gaining ground in laptops Stone Peak 2 is Intel's new wireless for Broadwell »
back to top