A7 SoC, thinnest and lightest in class

And here come the new iPads, the obvious highlight of the Apple’s Special Event. It’s time to raise the bar once again and it’s been a while since Apple introduced a properly innovative iPad – in fact, the iPad mini and the iPad 4 were rather underwhelming at launch, but this time around it’s different, well, somewhat different.

So far Apple has shipped 170 million iPads and Tim Cook used the opportunity to poke fun at negative iPad reviews circa 2009. He also noted that iPads rank number one in terms of user satisfaction and that people just use them more than competing tablets. He also noted that iOS has 475,000 “iPad apps” – or apps that were specifically designed for tablets, which is not the case with most Android apps.

After a short propaganda video, SVP of marketing Phil Schiller took to the stage to finally talk new iPads.

The iPad Air is the new name for the new 9.7-incher. The bezel is smaller than ever, 43 percent smaller than the old one. The Air is just 7.5mm thin, on par with the Sony Tablet Z. Better yet, it weighs a single pound, or 454g. It’s the lightest full-sized tablet out there. It is worth noting that we are looking at the same 9.7-inch IPS LCD 2048x1536 Retina screen seen earlier.

The new iPad Air is powered with new 64-bit desktop class architecture that we saw in iPhone 5S. The A7 chip has 2 times more general purpose registers , two times floating point registers and 1 billion transistors, along with an integrated M7 motion coprocessor. Unlike previous iPads, the Air its doesn’t have an “X” processor with a bigger graphics core than the iPhone version. It appears to be the exact same A7 SoC, maybe with a different clock, but again it's enough to make it two times faster than the A6X from the iPad 4. It’s 8x faster than the first generation iPad and the GPU is 72 times faster.

In addition to the new 64-bit architecture and new GPU, the new iPad also has MIMO technology to help speed up wifi and LTE support has been expanded to cover more markets.

It also packs a new 5-megapixel camera, dual microphones and a new FaceTime HD camera. It will be available in silver, white, gray and black – which means there’s more choice than ever. The price hasn’t changed, it still starts at $499.

Oh, but there’s no Touch ID. That’s a surprise.

Oddly enough, the ancient iPad 2 will still be available for $399, for the less than sane market. 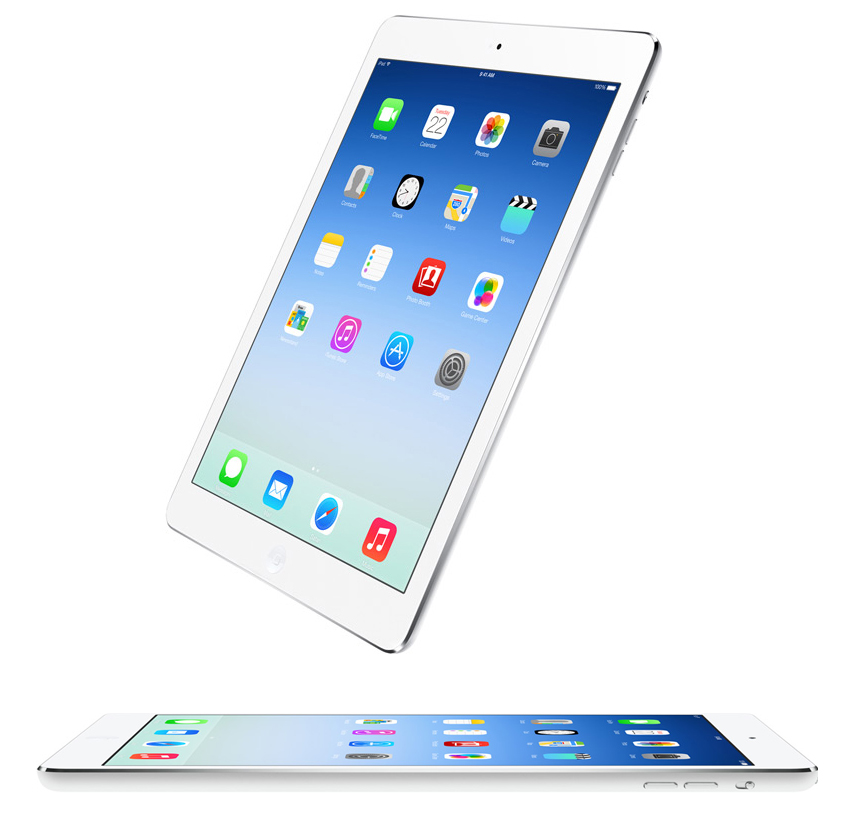 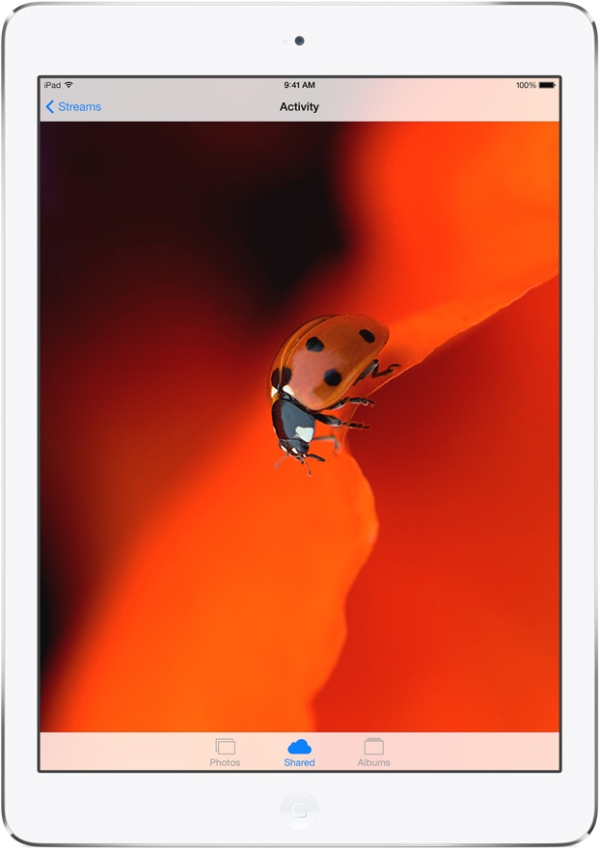 Last modified on 22 October 2013
Rate this item
(0 votes)
Tagged under
More in this category: « MacBook Pro gets thinner, cheaper Apple fanboys are revolting »
back to top