Point of View's Mobii 10.2-inch tablet has been announced a while back and it looks like it is currently available at Ditech.at, at a special price of just €299, at least for today.

We were asking around for this tablet since it has been announced, and it looks like it is selling quite good, at least on those places that managed to get some of the first shipments. It is mostly selling in Netherlands and Spain, and there are some stores there that managed to get quite a few of units but they are well.

In case you missed it, the Mobii 10.2-inch tablet is multi-touch screen tablet based on Nvidia's Tegra 250 chip and runs on Android 2.2 OS. The only downside is that you don't get access to Android Marketplace, but we guess that there will be a hack or two available pretty soon.

Ditech currently doesn't have it in Germany but there are at least a couple of these devices in Vienna and other cities in Austria, of course it is selling out quite fast considering that is currently selling at a lower €299 price.

You can find it here and in case you manage to snatch one, let us know what you think about it. 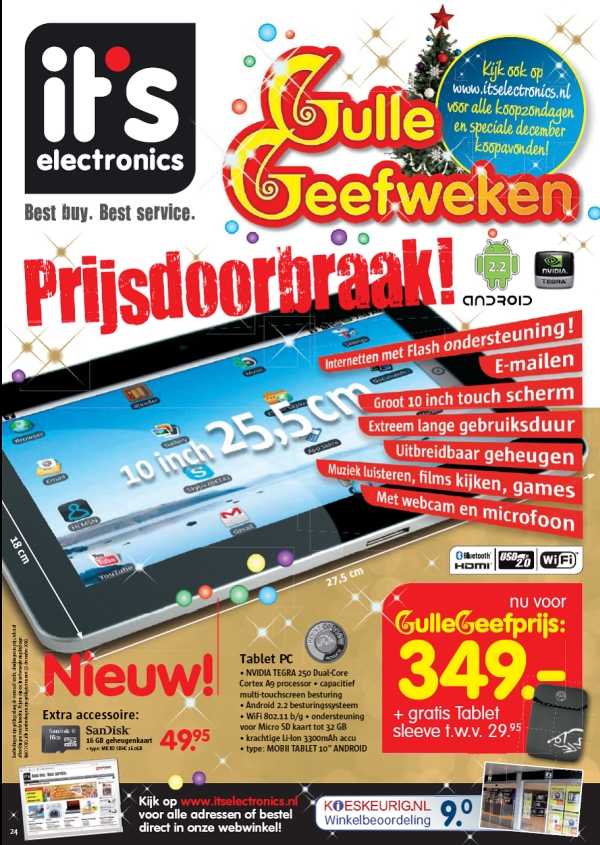 Last modified on 21 December 2010
Rate this item
(2 votes)
Tagged under
More in this category: « Digital Storm rolls out its xm15 notebook ExoPC tablet hacked to run Android 2.2 »
back to top