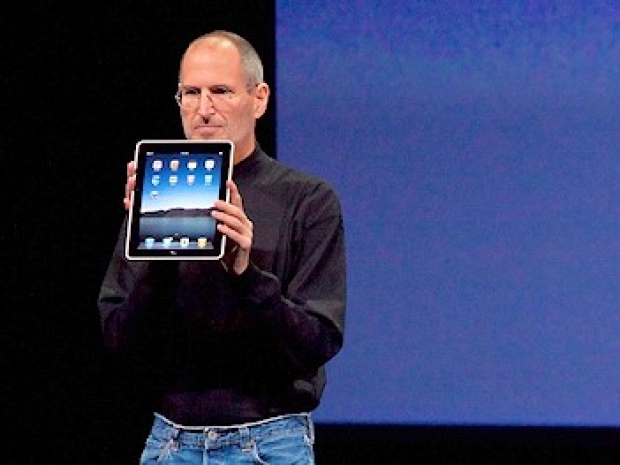 What was Jobs thinking of?

Ex-Apple executive and longtime Apple commentator Jean-Louis Gassee has suddenly woken up and realised that the iPad had no use and is dying off.

Jean-Louis Gassee has been saying a few things which are upsetting Apple fanboys and reversing the polarity of the reality distortion field around the fruity cargo cult. The Tame Apple Press is happy to slag him off because he had a hand in getting Jobs' fired from Apple.

Gassee notes that iPad sales are lower than they were at the 2014 peak, and that is because Apple fanboys don’t really have a use for it, they have just been buying it because Apple told them they needed one.

Indeed Gassee dared to say that which cannot be spoken – that Steve Jobs really didn’t know what the tablet was for either.

“In 2010, Steve Jobs, known for his affirmative, ringing positioning statements, hemmed and hawed with eerie prescience: iPad has to find its place between the iPhone and the Mac.”

“It might be inappropriate to wonder what Steve Jobs would think of the current iPad line, but one has to wonder about the loss of simplicity that Steve gave the device. The iPad’s recent creeping “Mac envy”, the abandonment of intuitive intelligibility for dubious “productivity” features reminds one of the proverbial Food Fight Product Strategy: Throw everything at the wall and see what sticks,” he said.

This lack of focus for the product has lead Apple to end up having to look to Microsoft for inspiration.