Nvidia results not that hot 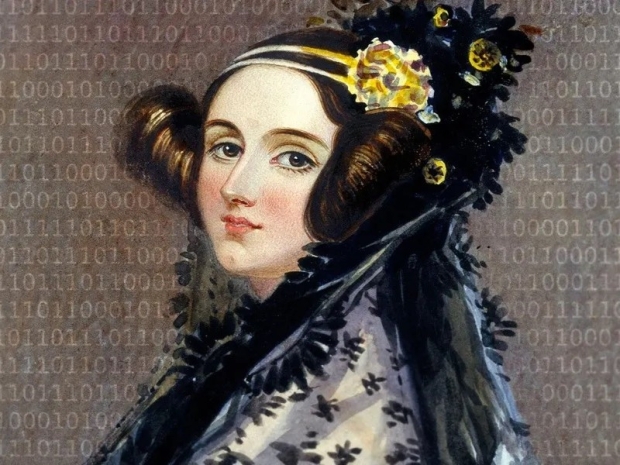 The company named after a Roman vengence daemon Nvidia posted fairly disappointing results for the third quarter of its fiscal year 2023.

Analysts expected a mixed bag because Nvidia's Ada Lovelace and Hopper-based products are yet to make an impact.  Sales of the company's gaming and professional graphics solutions slid quarter-over-quarter and year-over-year.

On the plus side, the outfit flogged shedloads of data centre gear such as the H100 compute GPUs and demand for the GeForce RTX 40-series is so high that Nvidia could not meet demand.

Nvidia's chief financial officer Colette Kress said: "Our new Ada Lovelace GPU architecture had an exceptional launch. The first Ada GPU, the GeForce RTX 4090 became available in mid-October at a tremendous demand and positive feedback from the gaming community. We sold out quickly in many locations and are working hard to keep up with demand." 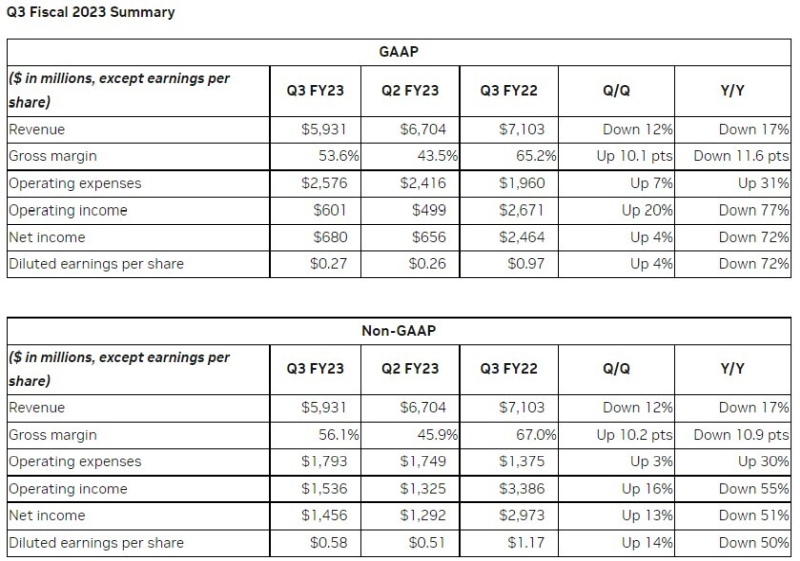 Sales of Nvidia's consumer and professional graphics cards were down in Q3 FY2023. Nvidia's gaming revenue totaled $1.57 billion, down 23 per cent from the previous quarter and 51 per cent from the same period a year ago. Nvidia's ProViz revenue dropped 65% YoY and 60 per cent QoQ to $200 million. Cheap GPUs for OEMs and CMP-series GPUs for miners dropped to $73 million.

Sales of graphics cards are dripping due to slowing demand on the client side and the essentially non-existent mining GPU market. Meanwhile, mining indirectly slows client GPU sales as miners sell off their boards via platforms like eBay. Most of Nvidia's GPUs available on the market are still based on the previous-generation Ampere architecture (that has been around for a couple of years) that are now sold by high-end gamers, miners, and Nvidia itself, so it is entirely expected that their supply (both from graphics cards makers and owners) now exceeds demand.

Interestingly, Nvidia mentioned that sequential decline of its client GPU sales was conditioned not only by lower demand for desktop discrete graphics cards, but also by lower sales of laptop GPUs. Perhaps, some customers are waiting for the new generation of laptops based on Intel's Raptor Lake and Nvidia's Ada Lovelace GPUs to arrive, whereas other are cautious of investing a lot in a device given the economic environment.

The company's third-quarter data centre revenue rose to $3.83 billion, a  a percentage increase over the previous quarter and a 31 per cent bump from the same quarter in FY2022.

During the quarter, Nvidia started volume shipments of its H100 compute GPU based on the Hopper architecture and managed to supply a boatload of expensive SXM modules and PCIe graphics cards carrying this processor to various customers. In addition, the firm continues to ship a variety of A100-based products not only to large cloud service providers but also to different other types of clients.

Since the US government restricted sales of A100 and H100 compute GPUs to Chinese customers, Nvidia had to ship them other products to offset the inability to supply them with more powerful options. In the coming quarters, these restrictions will be alleviated by the recently introduced A800 compute GPU that meets the export requirements of the US government and which Nvidia will continue to ship to its Chinese customers.

Considering that Nvidia's data center sales now exceed sales of client-oriented products by 2.4 times, the green company can be officially called a data center company, or rather an AI company like the company has preferred in recent years.

Nvidia's products for the automotive market set another all-time revenue record of $251 in Q3 FY2023, an 86 per cent increase from last year. While the company continues to introduce new platforms for automotive applications aggressively, actual sales come from self-driving media that were announced quite some time ago and are ramping on the market now.

On the gaming side of its business, Nvidia expects its revenue to grow as its clients get rid of older products and replenish their stock with new GPUs. In addition, as Nvidia continues to expand the availability of its GeForce RTX 40-series graphics options, the company's sales will go up. Still, it does not quantify that increase or even give any guidance on how significantly sales of client GPUs are set to grow.