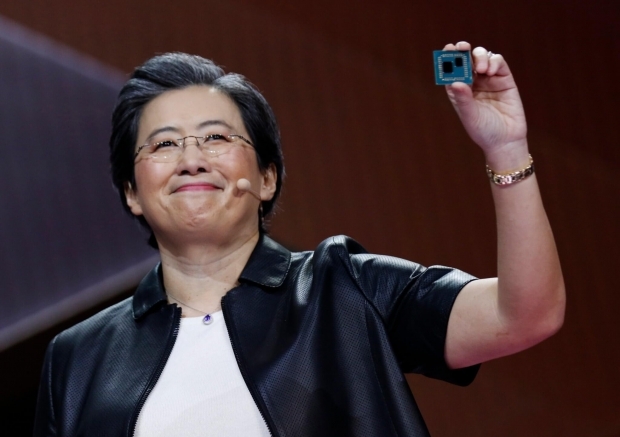 The cocaine nose jobs of Wall Street have been pummelling AMD and bought the companies shares, but its CEO claims that things are probably not as bad as they seem.

Deteriorating personal computer demand and a semi–cold war between the U.S. and China have pummeled semiconductor firm Advanced Micro Devices over the past year, bringing the company’s stock down from an all-time high.

AMD chief executive Lisa Su said these new restrictions “probably” won't affect the company a lot in the short term, although it will take some time to see how things play out.

Su said she feels “wonderful” about the future of the semiconductor industry. People will always need computers, and the company will need to continue to adjust its strategy to survive the medium-term problems.

In 2014, when Su was appointed CEO, Advanced Micro Devices was on the verge of bankruptcy. The company's stock price has increased dramatically since her appointment as chief executive, and the chip shortage in 2021 caused AMD’s shares to soar over 50 per cent. Su's oversight of the company ultimately earned her a spot not only on the Most Powerful Women list at Fortune, but on its list of the World’s 50 Greatest Leaders.

"We have lots of things in front of us and that's what we're always thinking about," Su said. "What does the next five years bring? And that's really helped us grow as much as we have."

Last modified on 14 October 2022
Rate this item
(4 votes)
Tagged under
More in this category: « Google wants to build a 3D video booth Russia was on the way to having some pretty good Arm SoC »
back to top