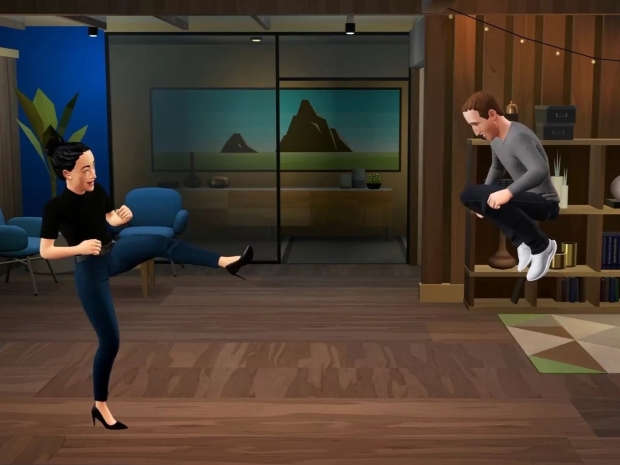 Legs are not something to be taken in your stride.

Apparently, the most requested feature for Meta's VR is "legs" and apparently the company is on it.

Mark Zuckerberg told the virtual throngs at Meta's Connect event that the people have apparently been bugging him for legs. He said that Meta's Horizon avatars will become bipedal at some point later next year, as part of a big update.

Apparently, legs are tough for standalone VR headsets to figure out. In his presentation, Zuckerberg pointed out that while your legs are under the desk the headset doesn't know what they're up to. So, Meta says it needs to build an AI model to predict what the heck your legs are doing.  This is tricky as most people's legs have created their own civilisation, and developed whole cultures based on leg poetry, writing, and reality TV.

Meta Connect wasn't all about the legs although that did over shadow the real announcement -- the release of the Meta Quest Pro $1,500 VR headset notionally designed for corporates who what to achieve higher levels of boredom for their powerpoint demonstrations.  We guess with no legs, it means that victims of the new headsets have nothing to kick under the table.

Last modified on 13 October 2022
Rate this item
(0 votes)
Tagged under
More in this category: « TSMC saw profits rise 79.7 per cent over last year Intel planning major layoffs »
back to top