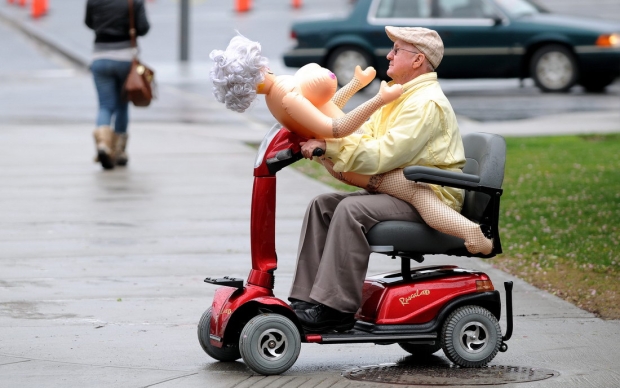 A 67-year-old director in Apple's Intellectual Property Enforcement unit is suing the company for age discrimination, because Jobs Mob took away a special bonus it uses to "retain key employees" in lead positions because of his age.

Donald Shruhan's legal team claims he was a victim of "deeply rooted Silicon Valley ageism" when his manager told him he would no longer receive restricted stock units (RSUs) in 2019.

It did not matter to Apple. that Shruhan had consistent positive work reviews, and "personally developed best-in-class programs in Global Security and IP enforcement, " "saved Apple hundreds of millions of dollars," been given merit increases and RSUs along with his work reviews, he was too old to receive restricted stock units.

On September 26, 2019, Tom Moyer, who was Shruhan's supervisor gave Plaintiff one of his many excellent reviews. But at the end of the review he informed Plaintiff that the Company was not awarding him RSUs. Plaintiff is unaware of any other Senior Director who met or exceeded expectations but did not receive any RSUs. He was 64 years old at the time.

The two other senior directors in Apple, Legal Global Security, received RSUs commensurate with their performance. Each was significantly younger than Plaintiff.

In the two preceding fiscal years when Plaintiff received similar excellent reviews, he was granted RSUs valued at $850,000 and $800,000 respectively so we are not quibbling over a little bit of cash.

When Shruhan queried the RSUs issue with human resources, the Apple exec's supervisor confirmed that he hadn't awarded Shruhan any stock because the awards are "designed as an investment in the future and a retention hook."

The security pro claimed the same supervisor implied that he "no longer saw him as part of Apple's future, and no longer saw the need to incentivise Plaintiff's continued employment with Apple because he was nearing retirement age."

According to the suit, he then went to Apple's legal department, who told him to try to work it out with HR. Shruhan alleges human resources staffers later told him the stock was withheld because of a "clawback" policy which meant he was not entitled to any stock. The IP director claimed that when asked for the written policy, HR couldn't produce anything.

The Apple exec filed an Employee Relations complaint alleging age discrimination in October 2021 about the lack of 2019 RSUs and merit increase, saying "it was the first time in 11 years that his stock award was not commensurate with his professional achievement."