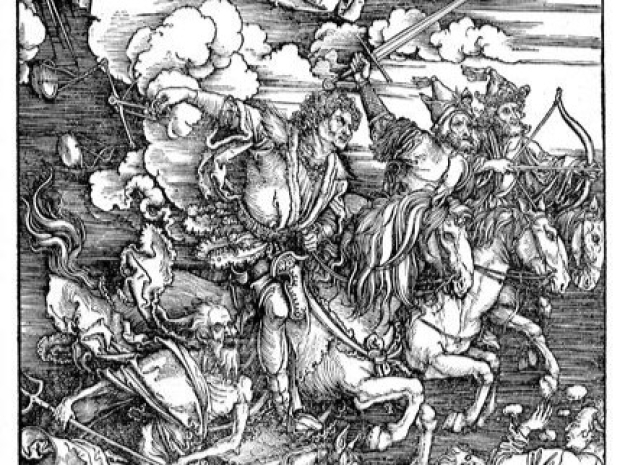 Will notify you about the four horses of the apocolypse

The UK’s national emergency alert system will go live in October, and will give the government the ability to send a text message to any mobile phone in area.

Emergency alert systems powered by cell broadcasting technology are common in many countries, including the USA, Netherlands, Canada, South Korea, Japan and New Zealand, and have helped save lives during natural disasters such as earthquakes.

The UK never had anything as high tech as that like that which meant that during the early phase of the Coronavirus pandemic, the government had to appoint a person to stand on street corners and shout very loudly. Actually, we made that up.  It did a deal with the four major mobile operators to send text messages to their customers.

Plans for an alert system were put into motion last year, with trials held in Reading and Suffolk, and the government believes 85 per cent of the UK population will be able to receive a message if any apocolypse starts to take place.

Alerts can be sent across specific cells, meaning they are highly targeted for specific areas and incidents.

Cabinet office minister Kit Malthouse said: “We will launch a new public emergency alerts system in the Autumn which will focus on extreme weather, revolutionising our ability to "warn and inform" people who are in significant and immediate danger. These alerts will be sent direct to people’s mobiles giving details of the emergency - such as local flooding - explaining what to do and how to seek help."

A publicity campaign will begin in September, with every compatible phone in England, Scotland and Wales receiving a welcome message the following month.

Messages will have a different appearance and a distinct sound to standard communications, and anyone will be able to opt-out of the system should they so wish but if an asteroid drops on their head they will have nothing they can complain about.

Last modified on 18 August 2022
Rate this item
(1 Vote)
Tagged under
More in this category: « Apple moving production to Vietnam Netflix's ad-supported service is pants »
back to top