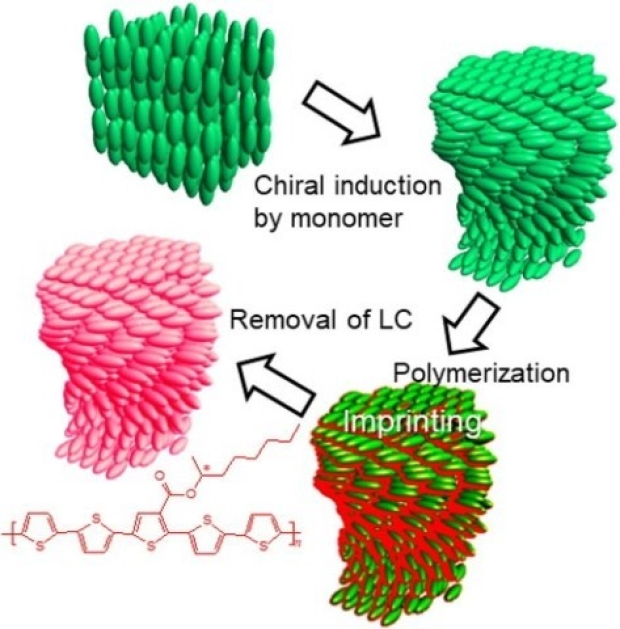 With performance as good as OLEDs

Boffins from Japan’s University of Tsukuba have developed new electrically conductive polymers which could make high quality but cheap screens.

The screens emit light with circular polarisation, and in many ways are not inferior in performance to OLEDs.

Physicists placed monomers in liquid crystals with a direct configuration, and then found that the LC structure twists like a spiral from such an interaction. After exposing the new structure to electricity to polymerise and then removing the LCD template, they tested their polymer using circular dichroism absorption spectroscopy.

The test results showed that the new material has outstanding optical activity in the visible wavelength range.

According to Japanese researchers, the created polymer can compete with modern OLED displays and serve as the basis for a new generation of inexpensive and energy-efficient screens

Of course, it could be a trillion years before we get a screen made using the tech, particularly as none of the big manufacturers will be keen to discount all their existing technology.

Last modified on 27 June 2022
Rate this item
(2 votes)
Tagged under
More in this category: « Developers love rust Scientists get better at monitoring battery charge »
back to top